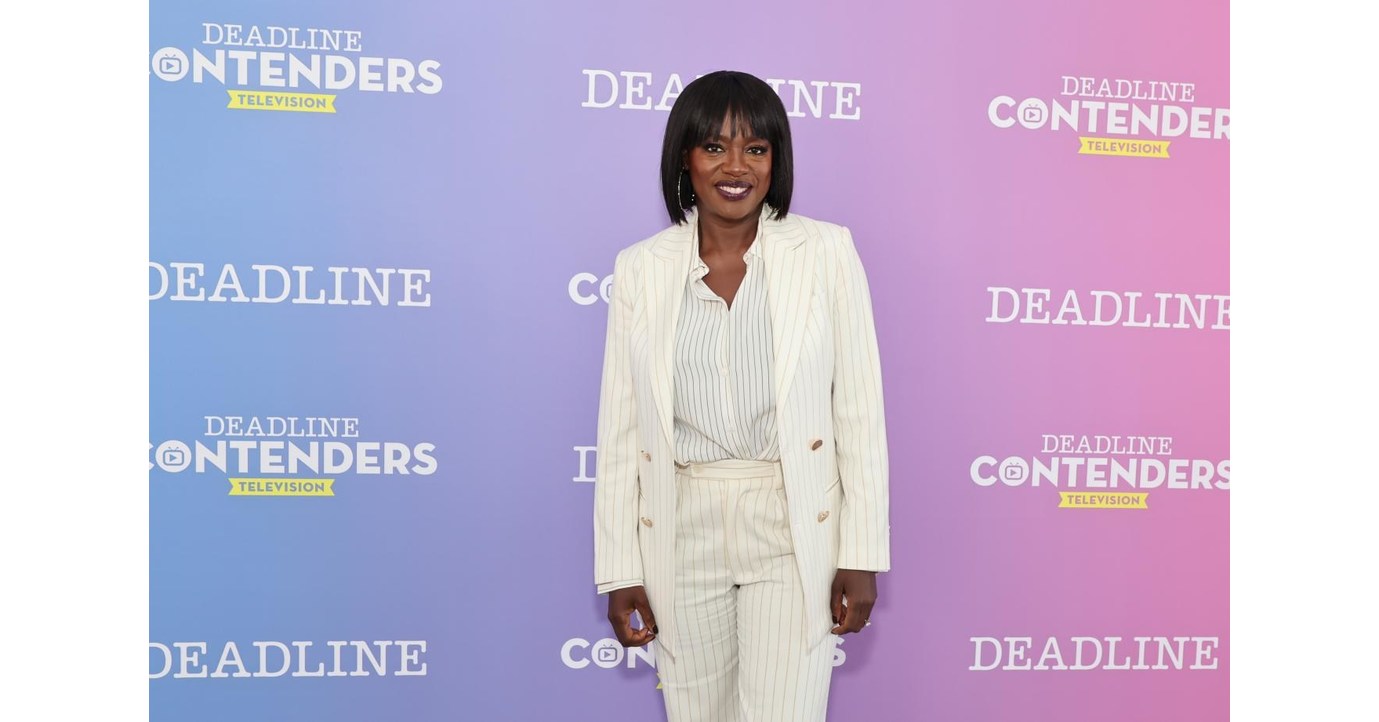 Ms. Davis is on the cover of the latest issue of People, which hit newsstands on April 15wearing a LILYSILK Silk blouse with long sleeves and collar in Azure. Made of 19 momme silk and spandex, this blouse features back pleats and a curved hem, perfect for tucking into jeans and slacks, just like Ms. Davis did in her cover shoot. At Deadline’s Contenders Television event, Ms. Davis wore a LILYSILK S.O.S. shirt, the brand’s new signature design that debuted in the Spring 2022 collection, in Navy Pinstripe. With its relaxed fit, this contemporary classic, in 19 momme silk Charmeuse, is a versatile addition to the modern woman’s wardrobe and adds an instant touch of sophistication with its lustrous sheen.

Ms. Davis is the first African-American actress to earn the triple acting crown, winning a wide range of accolades including an Academy Award, Primetime Emmy Award and two Tony Awards. His work includes blockbuster films and television series such as Doubt, Help, how to get away with murder, and Fences.

“Viola Davis is a force in cinema and culture,” said David Wang, CEO of LILYSILK. “We are honored to see her and many other celebrities wearing LILYSILK and looking stunning in it. It inspires us to create more spectacular pieces for all LILYSILK fans.”

Over the past few months, LILYSILK has also been spotted on a number of Hollywood celebrities, including Melissa Rauch, Gwyneth Paltrow, Meghan Trainor, Nina Dobrevand Lucy Hale.

LILYSILK is a world-renowned silk brand on a mission to inspire people to live spectacularly and more sustainably, driven by its concern for its customers as well as the planet. For more information, visit www.lilysilk.com and follow @lilysilk on Instagram and @Lilysilk on Facebook.