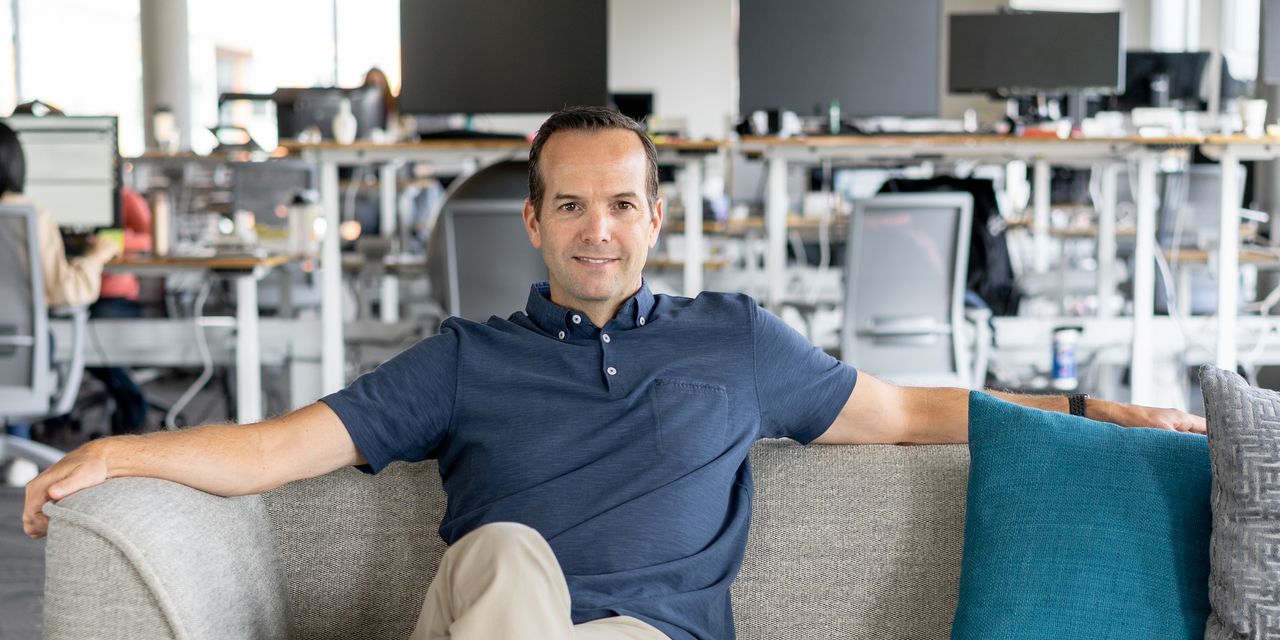 The act of borrowing and lending has its roots in ancient Mesopotamia, but Upstart Holdings Inc. says it is bringing a new approach to the practice through artificial intelligence and is seeing growing reception to the process.

Technology-driven strategy helps expand access to credit at better rates without incurring additional risk, as it can consider a broader set of factors beyond what is captured by traditional credit ratings.

While the company doesn’t often explicitly talk about artificial intelligence when talking to consumers, it does try to emphasize that people are “more than just [their] credit ratings,” managing director Dave Girouard told MarketWatch. “Even people with high credit scores think being represented by a three-digit number isn’t right for them.”

When dealing with banks and regulators, Girouard said Upstart is more deliberate in calling for artificial intelligence to underpin its risk models: “They care about how we do what we do.” .

The wider financial community could gradually adopt new ways of thinking about credit. Upstart revealed on its latest earnings call that seven lenders on its platform no longer require minimum FICO scores, a number that has increased in recent months.

Upstart continues to strengthen the personal loan business, helping propel the company to 252% revenue growth in its latest quarter, and Girouard sees opportunities in other areas of the credit landscape as well. The company is in the early stages of developing its auto-lending business and now estimates it could see about $1.5 billion in auto transaction volume in 2022, according to forecasts it released Tuesday evening.

Upstart shares gained 36% on Wednesday following this latest report, although they were down about 5% in Thursday’s session.

Car lending is a more complicated area than personal lending, according to Girouard, but because of that, the company faces less competition. Girouard also sees a much bigger market opportunity in auto loans than in personal loans.

The company is involved in auto refinancing and expects it can succeed by putting a digital spin on parts of the refinance that would otherwise prevent people from fully going through the process. These include pain points such as finding an adjusted title, which may require a trip to the Department of Motor Vehicles.

“We built a program that automates all of this,” he said.

Artificial intelligence “is one of the most important technologies in history,” Girouard told MarketWatch, and Upstart is “at the forefront of applying it to this 5,000-year-old lending problem.” .

This optimistic view of the potential of AI-powered lending is one of the reasons Upstart announced earlier this week that it had received approval from its board of directors to repurchase up to $400 million. of its shares, in a move seen as somewhat surprising for a rapidly growing fintech. Name. The company cited recent volatility in its stock price, which has fallen 64% from its October highs, despite what it sees as an attractive long-term opportunity.

“Because we are quite profitable, we have the luxury of deciding the best use of capital at any time,” Girouard told MarketWatch. While the clearance doesn’t guarantee Upstart will end up repurchasing $400 million in stock, he said that “at the right price, it could make sense ‘for the company to do stock buybacks’.” if the market doesn’t appreciate what we’re doing.

The move also “shows that we are a profitable business” as other fintech companies, he said, are “burning money” trying to break even.

Upstart posted net income of $59 million in its latest quarter, up from $1 million a year earlier.

Don’t Miss: How Artificial Intelligence Could Replace Credit Scores and Reshape the Way We Get Loans

Although Upstart is enjoying strong growth, its shares have come under pressure recently, in part due to a sell-off of fast-growing names. There are also concerns about future crime trends, although Upstart does not expect to see a profound negative impact on its business.

Chief Financial Officer Sanjay Datta noted on Upstart’s earnings call that while defaults have been “at an abnormally suppressed level for over a year”, trends are beginning to normalize due to declining benefits of the pandemic stimulus.

The company and its partners have “anticipated this change and as loans on our platform have been priced accordingly, we do not anticipate any material negative impact of increased defaults on our volumes or economics,” it said. he continued.

But while Wedbush’s David Chiaverini acknowledged that rising delinquency rates have yet to impede Upstart’s growth, he wrote that he was still “concerned about the company’s funding profile if the deteriorating trajectory of its delinquency rates does not normalize in the coming months.” .”

Upstart’s Girouard is optimistic that his company’s approach to AI will enable it to hold up better than the competition in times of economic crisis.

“If there is suddenly a huge increase in unemployment, you would expect loss rates to increase in any system,” he said. “But the AI ​​can handle it much more skillfully,” he said, noting that the AI ​​system is “responsive.”

Northrim: A cheap Bank of Alaska stock, but headwinds in 2022 (NASDAQ: NRIM)

We have reached a bottom, it is time to be more aggressive, to buy…