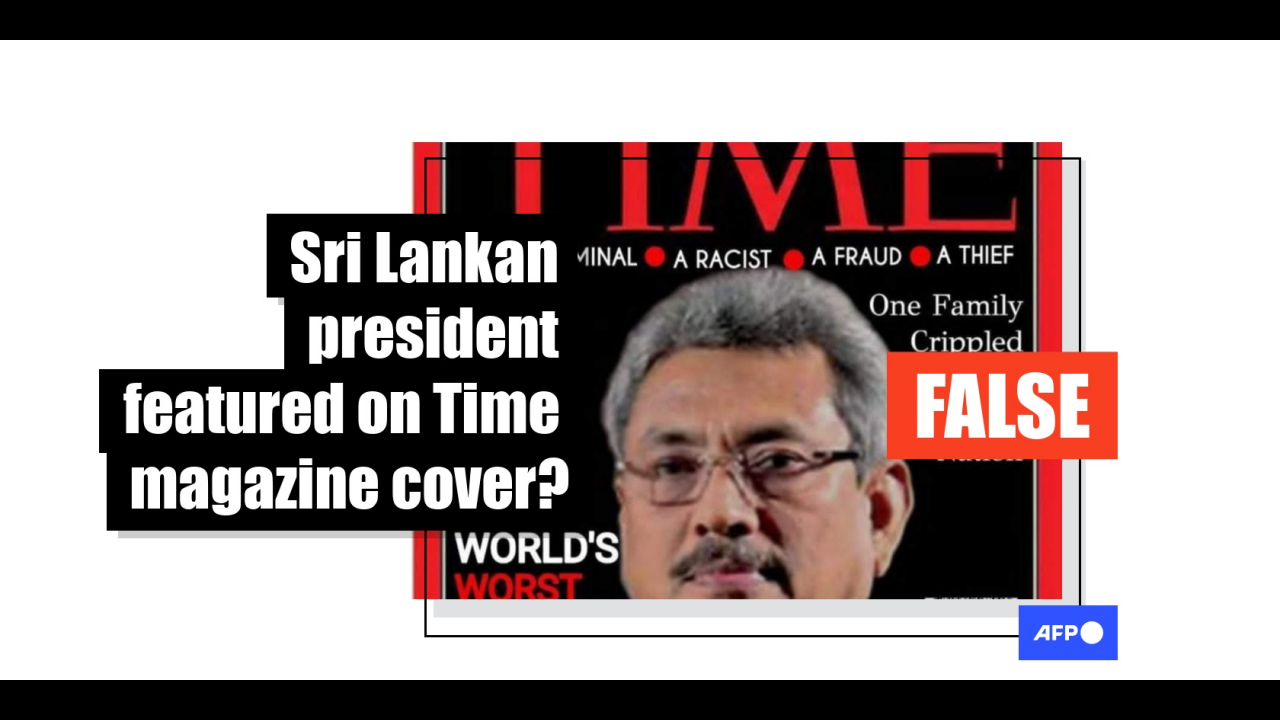 A purported image from a TIME magazine cover story calling Sri Lankan President Gotabaya Rajapaksa the ‘worst president in the world’ has been shared hundreds of times on Facebook and Twitter after his crisis-ridden country saw weeks of protests anti-government. However, TIME magazine told AFP the image did not show a real cover story. AFP found no evidence in the magazine’s archives that the alleged story was ever published.

Text on the image reads that Rajapaksa is ‘the world’s worst president’ and describes him as a ‘war criminal’, ‘a racist’, ‘a crook’ and ‘a thief’. Notably, the text misspells his name.

The caption to the post reads: “They [TIME magazine] say so too”.

The image circulated on Facebook and WhatsApp as Sri Lanka suffered its worst economic crisis since its independence from Britain in 1948, causing widespread misery for the island nation’s 22 million people, AFP reported.

Comments from some users have indicated that they believe the image shows an authentic TIME magazine cover.

One user wrote: “Now the whole world knows about the exploits of our president. Shame on you Rajapaksas for ruining this country.”

Another commented: “What a black spot on Sri Lanka. Mr. President, please leave without bringing more shame to Sri Lanka!

However, the alleged cover of the magazine is not authentic.

A spokesperson for TIME magazine told AFP that the alleged cover story was not authentic, adding that the magazine had not published a cover on President Rajapaksa to date.

As of April 22, AFP had found no cover story about President Rajapaksa published in this archive of TIME covers released in 2022.

The image in the misleading post features a purported barcode that yielded no results when scanned with a smartphone with a built-in QR code scanner.

PinkPantheress and Willow sample Paramore on “Where you are”