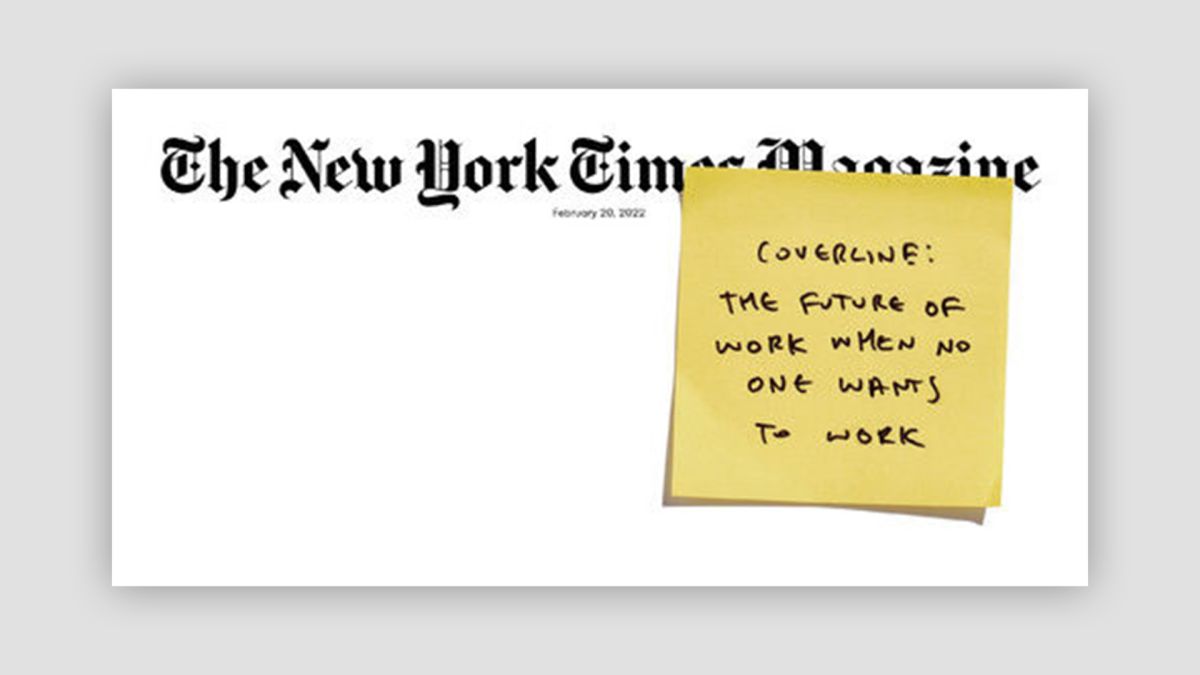 If you’re looking for some of the most imaginative and provocative print designs on offer, there’s no better place to look than the Newsstand. Gorgeous new magazine covers pop up almost every week, and this design for The New York Times Magazine is one of the coolest we’ve seen.

The magazine’s February 20 issue explores the future of work and explains why “the big quit” has seen 25 million people leave their jobs. And the delightfully minimal cover imagines a world where “no one wants to work” – even magazine cover designers. (Looking for more inspiration? Check out the best print ads of all time.)

The cover is plain white except for the magazine title and two post-it notes explaining what the cover and image is should look like. “The future of work when no one wants to work” reads the cover, and the image should feature “photograph of an exploding office.”

The cover, designed by Jamie Chung (opens in a new tab), proved a huge hit online. “Conceptual heaven,” one Instagrammer calls the design, while another adds, “The art direction is so good because there’s so little. And it’s brave to be so minimal. Totally on the point conceptually.” “Great cover, he’s a keeper!” another simply says so. The design is also a hit on Reddit (opens in a new tab)with over 10.5,000 upvotes on the r/DesignPorn channel.

Of this ingenious road safety poster (opens in a new tab) to this awesome Norwegian Airlines ad, we’ve seen some great print over the past few months. Want to create your own ad? Check out our guide on how to download InDesign.