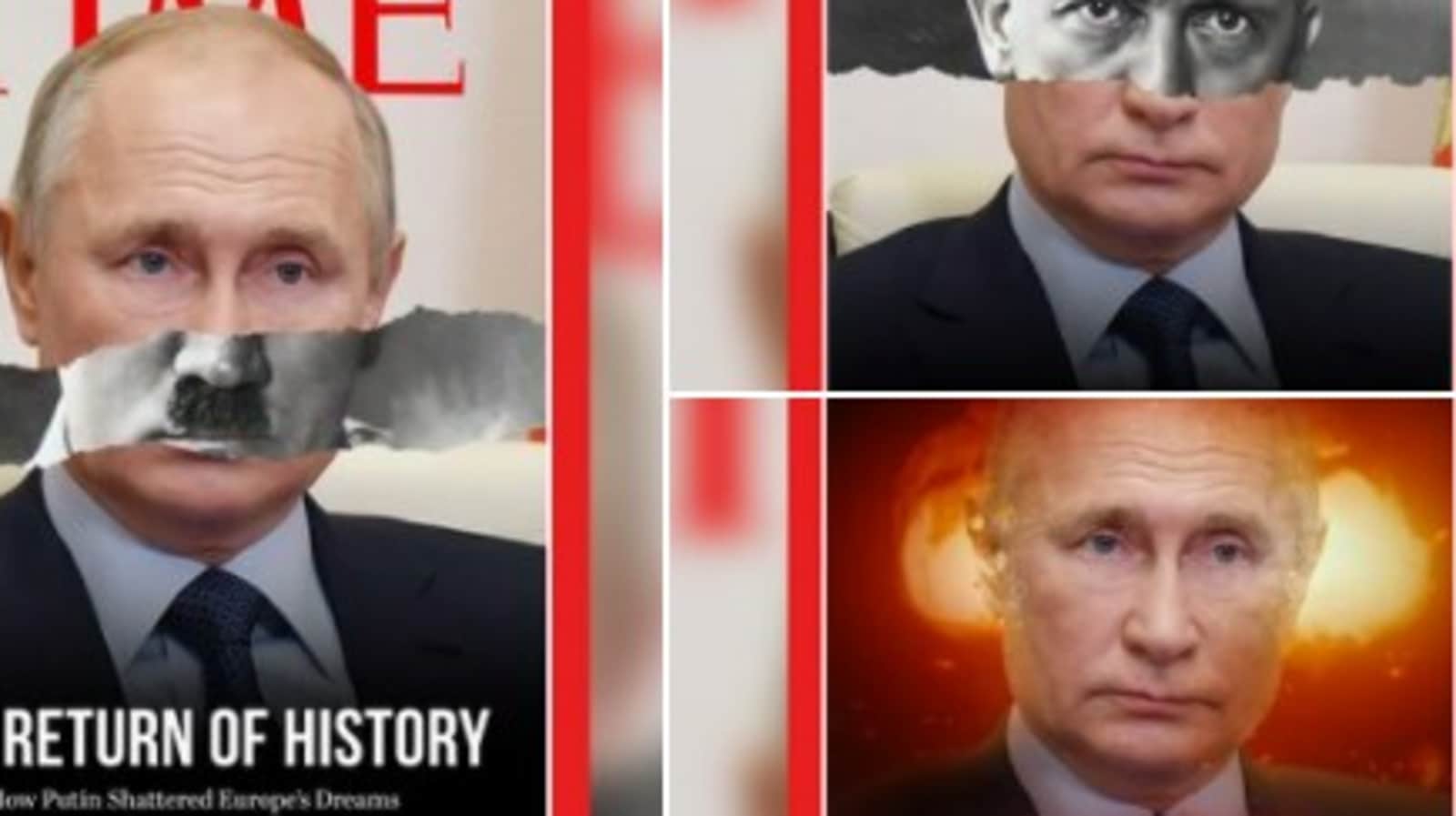 The Time Magazine cover that wasn’t: photo of Putin + Hitler in the middle of the war in Ukraine | world news

Ukrainian War: Time’s latest coverage of one of Europe’s worst wars in recent history shows a tank with troops.

Global sentiment about the war in Ukraine is palpable on social media. From statuses to pictures, the internet is flooded with opinions and comments. A photo – which appeared to show a Time magazine cover about the invasion – has gone viral in recent days. The cover shows Russian Vladimir Putin with the mustache of German dictator Adolf Hiter – commonly known as “Putler”.

But there is only one problem. A lot of people said it was the last cover of Time Magazine, but it wasn’t.

Time’s latest coverage of one of Europe’s worst wars in recent history shows a tank with troops. “History returns – How Putin shattered Europe’s dream,” it read. The “Putler” cover has the same text. Putin used the “Nazi” narrative to justify the attack on Ukraine.

A graphic designer tweeted on Monday to say he designed the fake cover. “I created the cover for TIME the day Russia invaded Ukraine. The image is one of a sequence of three. I wanted to create something that adds to the conversation around the invasion of Ukraine and captures the mood of the audience,” wrote Patrick Mulder with a note of clarification.

“It wasn’t originally intended to be a TIME cover. The finished image was so powerful, I felt it deserved to be framed in an equally powerful way. I feel like the official TIME coverage was uninspired and lacking in conviction given the unprecedented events unfolding before our eyes,” he wrote further.

My TIME artwork has gone viral – so I thought it would be appropriate for me to write a bit about it. The image is one of three I created on the day Russia invaded Ukraine. I found the official cover of TIME lacking in inspiration and conviction. pic.twitter.com/m5P5rorqgt

The Russian offensive in Ukraine entered its sixth day and the first round of ceasefire talks did not advance on Monday. The UNGA holds a rare assembly to pressure Moscow to take back its troops.

But the onslaught continues with Ukraine’s second largest city – Kharviv – under attack. 70 Ukrainian soldiers were killed on Tuesday when Russian artillery hit a military base in the town of Okhtyrka.

(With contributions from AP, Reuters)

Successfully subscribed to the newsletter

Thank you for subscribing to our Daily news capsule newsletter.