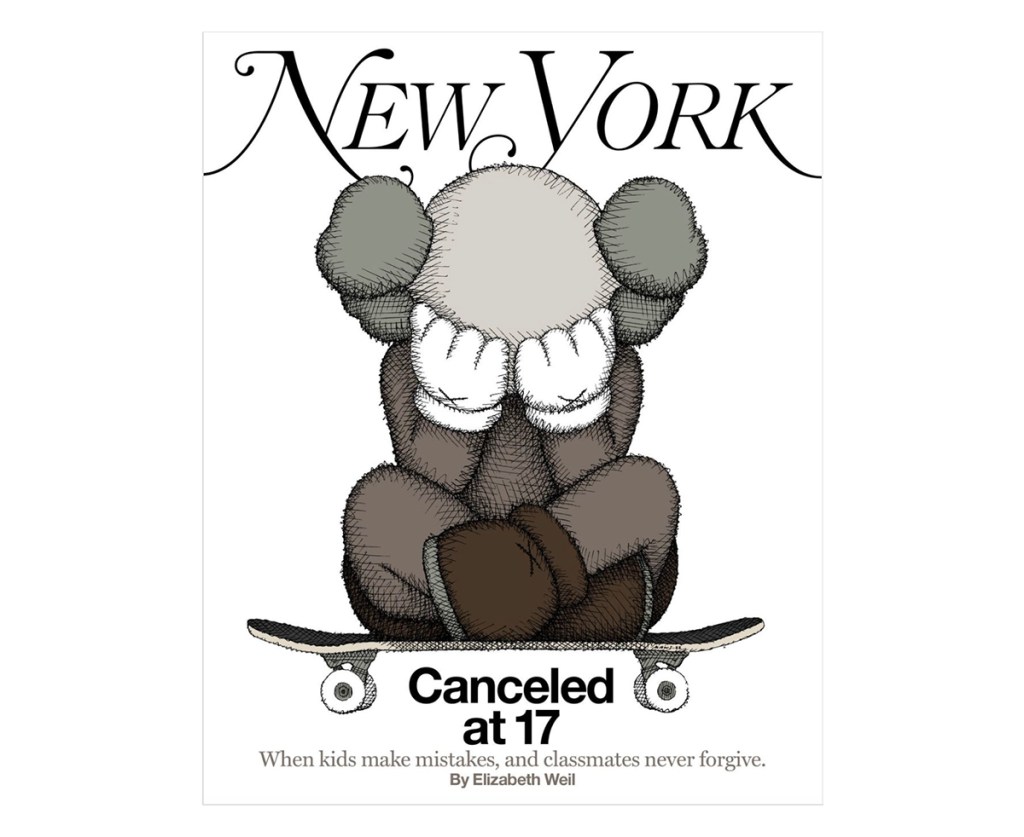 An illustration by American artist and designer KAWS, also known as Brian Donnelly, graced the cover of New York magazine this week. The pen drawing, which uses the artist’s infamous cartoon character, is inspired by ‘cancel culture’.

The magazine’s cover story, for which KAWS was commissioned, explores the reality of cancel culture among American high school students, “where calls for accountability for bad behavior can often escalate into intimidation, false accusations and permanent ostracization,” the publication writes in an Instagram post.

In cover storywriter Elizabeth Weil delves into the experiences of a young “cancelled” and his classmates, after a list of “people to watch” appeared on the wall of a high school girls’ bathroom. In the article, she monitors the evolution of demands for accountability from perpetrators of aggression and harassment during the school year.

For the cover design, KAWS borrowed the same pose from his 2021 sculpture Separate, which shows his Mickey Mouse-like cartoon character sitting cross-legged with his head in his hands. In the drawing, the sullen figure sits on a skateboard.

“As a father of two young children, imagining what life might be like when they become teenagers, I understand the anxiety that comes with navigating the complexities of relationships and how that overlaps with the realities of the pandemic and the social media,” KAWS said. New York.

KAWS has long been a controversial figure in the art world due to the widespread commercial success of his kitsch sculptures and paintings, which explore exhaustion and death as primary motifs.

“KAWS is a more sophisticated businessman than most artists. In an act of cultural high-flying, he successfully linked fashion, corporate branding, and fine art to enhance the value of his work in every discrete sphere,” William S. Smith wrote in a 2019 article for Art in America. “Whether this cycle of promotion and profit is ‘too’ commercial is a matter of degree.”

Where is the liquidity? Crypto lending explained