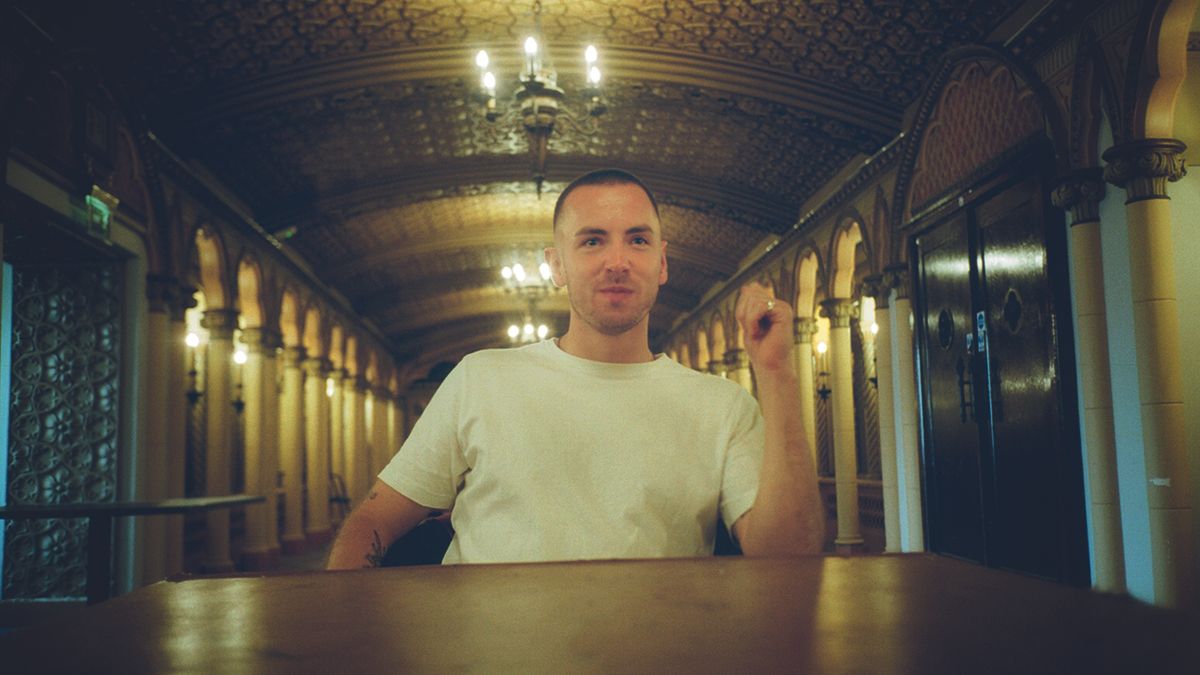 The Breakdown: How Ploy turned a sample of Bollywood into an experimental club banger

In our The Breakdown video series, we visit artists and producers in the studio to explain how they create their music, gaining deeper insight into the equipment, techniques and creative process behind their best tracks.

This month, Sam Smith – better known as Ploy – invited us to his South London home studio to open up his DAW and show us how he turned a Bollywood sample into a hook for the B-side of his Sam’s latest single, the Rayhana EP, also gave us a glimpse of the setup he uses to DJ and express himself on the D’n’B track he would have liked to produce.

“Usually I start with a sample that I found. I like to use that as a starting point, because I’m not strong on melody. It’s a good base to build a melody, which I can refine in the process. Sometimes I’ll keep the original sample and sometimes not.

“Take Dark Lavis, the B-side of my EP Rayhana, for example. The original sample is from a Bollywood movie soundtrack. I dragged it into Logic, then imported it into iZotope Iris. It’s a pretty easy plugin to get ideas going.

“I’ll be using Radius RT mode, which means the original tempo of the sample is retained. This one was pretty easy to work with; I set it to a lower pitch, zoomed in, and just looped it properly.

“The key is to find the right pitch you want to use it at. Then I’ll tweak the start and end points to make it nice and refined. You can even put a little release on the envelope of the amplifier and put some decay in it, to make it sound a bit more natural. Once I’m satisfied, I’ll save it to a new audio file. That’s usually how I resample something, and then it becomes the starting point of the piece and provides the melody.

“I don’t just want the sample to run through the process, so I’ll often double it and apply different processes to manipulate the sound a bit. A good thing for this is Tremolator, from the Soundtoys bundle. You can play with this and rework the sample in many different patterns.

“Once you’ve manipulated your samples, you can start building your piece on top of it. For Dark Lavis, I took the sample version with the tremolo on and used it in the intro, with some brave staccato sounds. Then the least affected sample enters for the main body of the track.

“I then also took the same sample and put reverb on it to turn it into a drone-like thing. I like to do this by bouncing the reverb back – creating big, infinite spaces – and then bouncing it off the same way as before. In the end Dark Lavis has three different sections which all come from the same sample. I structured the melody around those.

“My next step is to start putting drums on top. I like to layer my kicks with at least two layers, usually. The low end is quite low so needs a bit more body in the mids. Then , for the top I’m going to roll off the low frequencies so they don’t hit the bass, on Dark Lavis there’s an even lower sub-bass.

“The lowest layer has high frequencies brought down to around 500Hz. Together you have good low-mids layered with the underside. This gives the kick a lot of body, so there are no other bass elements.

“It sits below the main sample and is chained in slightly so the ducking adds to the beat. It adds a bit more groove that way.

“Then I put on a snare drum. With Dark Lavis, it’s sitting on the bass drum for a more dancehall rhythm. Then I’m going to layer the percussion. Sometimes I add percussive loops on top. Or build other rhythm sections from drum hits and bounce them around the track. I will cut them, resample them and loop them.

“So with Dark Lavis, a little percussion section sits under the kick and snare – with a fairly rolling feel. There are some rhythmic hats, in the little 16th strokes, for some extra roll too.

Mix with space and margin

“Once the song is finished, I mix all my stuff. I also do mixdown for others. The most basic thing to watch out for is payout structure and staging. I will bounce every element on the audio, but make sure nothing is in the red or there is no clipping. I’ll add some compression bits at this point.

“It’s about layering compression, not using fillers all at once. This way you have plenty of headroom in the mix. If everything is too hot and you have to lower all the faders or use heavy compression, it won’t sound as good.

“Use the space in the mix creatively as well. You can get small extended plugins that can shift certain frequencies in the stereo field, which is useful on the pads. But simple panning is a simple tool to open up the space, especially when you automate it.”

“My tech driver at the moment is a CDJ2000 or a 3000 if the club has them. Usually with an Allen & Heath mixer, a Xone:92. takes a bit long to get them out and the setups are normally not really good enough.

“Once in a while, if it’s a club that I know has a good set-up, I can release a few records, but not often. Anyway, I find it more creative to mix on CDJs. My way of mixing really depends on what I play. If it’s more of a techno set, the transitions and blending can be a bit longer and more in keeping with that kind of style.

“For example, if I play more global stuff like dancehall or fast tempos, it tends to be a bit choppier in terms of the mixes. I try to integrate all of these things when I play, and I try to put them together and put them in context. That makes it a bit more interesting.

Stratagem on the track he would have liked to produce

“The track I’d like to produce is Swandive by Sully. I don’t really play drum ‘n’ bass – I grew up listening to it, but it’s not a big part of what I do at all. This track, however, it sounds so inherently jungle and D&B, but it’s also a huge breath of fresh air.

“Technical detail is unmatched in drum programming. I don’t think you get that level or that caliber of production detail in the type of music that I play, it’s pretty genre specific.

“If I can do something that has close to that level of detail, clarity, simplicity and structure, then I’d be very happy. It’s a very singular idea, very precisely executed.”

Ploy’s latest release, the Rayhana EP, is now available on Bandcamp. (opens in a new tab)