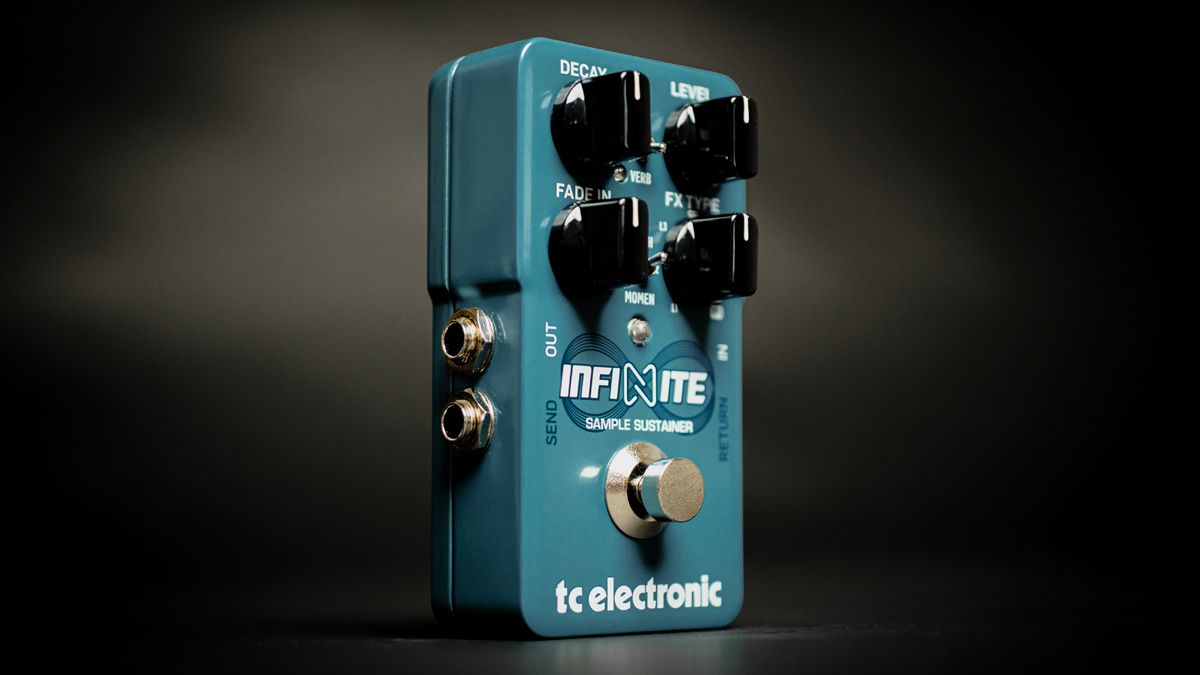 Equipped with a relatively simplified control layout featuring Decay, Level, and Fade In knobs, the sampler features a full reverb engine and modulation block, as well as a built-in effects loop.

Other controls include two toggle switches that toggle between Latching and Momentary modes, and Dry and Reverb voices, while an FX Type knob is responsible for navigating through the seven built-in effects options.

Considered suitable for endless sustain or bloated chord stacks, the Infinite Sample Sustainer promises lush boutique reverb sounds thanks to its proprietary algorithm – the same reverb algorithm used in the Hall of Fame pedal of the Brand.

Other features include TonePrint compatibility and preset saving powers, meaning users can browse the TonePrint app to organize or discover sustainer sounds which can in turn be sent directly to the pedal.

Up to three TonePrints can be stored on the Infinite Sample Sustainer at the same time.

According to Paul Robert Scott, TC Electronics Product Manager, â€œI am very excited about our very first sustain pedal, which opens up creative spaces ready for exploration and experimentation.

â€œImagine the sounds you could create if you had infinite time in your hands,â€ he reflected. “Well, unfortunately we can’t give you infinite time, but we are very happy to offer endless amounts of layers supported right at your toe tips.”

The Infinite Sample Sustainer is available for pre-order now for $ 149. For more information, visit TC Electronics.

It follows the release of the Stereo Chorus Flanger Gold, which celebrated the 45th anniversary of TC Electronic’s very first effect pedal.