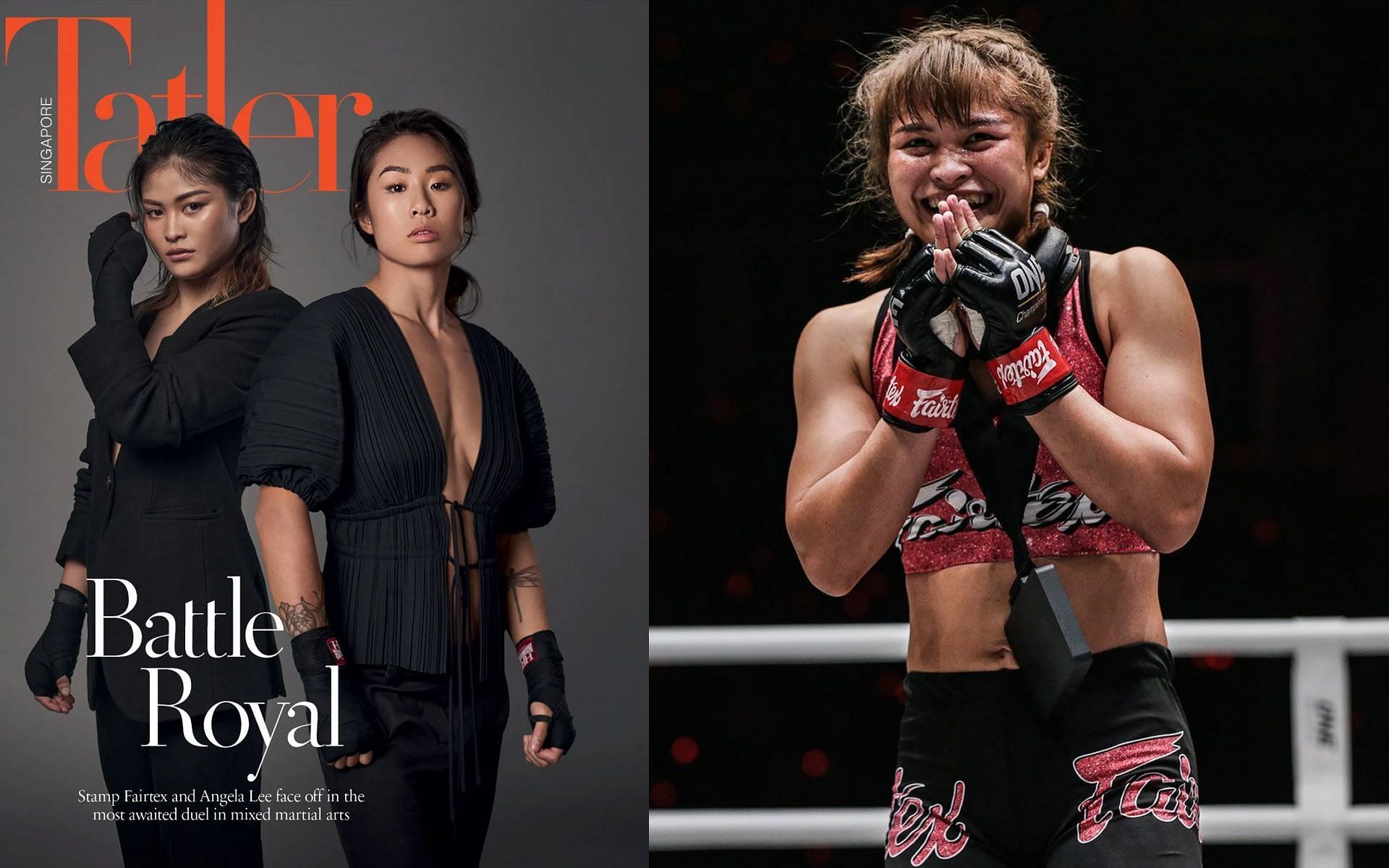 Stamp Fairtex has made no secret of his admiration for Angela Lee, which is why their joint photo shoot holds a special place in his heart.

In an interview with Sportskeeda, Stamp was asked about her experience with Lee. She answered:

“I’m really excited during this time, I’ve never had costume and fashion before, and being on a cover with Angela Lee is a really big thing. I’m very proud and happy of myself.”

Earlier this month, Lee and Stamp were featured on a joint cover for Tatler Singapore to make the buzz about their next match at ONE X.

On Instagram, Stamp shared a video of her finally getting her hands on the magazine‘s issue. The Thai star was visibly giddy with joy as she flipped through the pages and even signed a few copies.

She wrote in the caption:

“Thank you for putting me in the cover photo of the magazine!! 🤣”

Being the headliner of such a monumental event is another milestone for women around the world due to ONE Championship’s massive viewership and reach. It helps that Angela Lee and Stamp Fairtex have relatable motivations before the fight.

Stamp Fairtex represents the young upstart chasing a dream that few would believe possible. The former ONE world champion in Muay Thai and atomweight kickboxing is aiming to become the first three-sport world champion in promotion history. However, she must first go through the person she admires in Lee.

ONE female atomweight world champion Angela Lee is competing for the first time since taking time off to focus on motherhood. As the battle approached, people doubted her ability to remain as dominant as before now that she is a mother. “Unstoppable” represents mothers who must constantly prove that they can handle anything for the good of their family.

The winner of their fight will receive the new ONE Championship Belt. Although a prestigious award, headlining this iconic card is a win in itself for both women.

Read also
The article continues below

Watch their battle unfold at ONE X: Grand Finale, available on pay-per-view March 26 at 8 p.m. SGT.