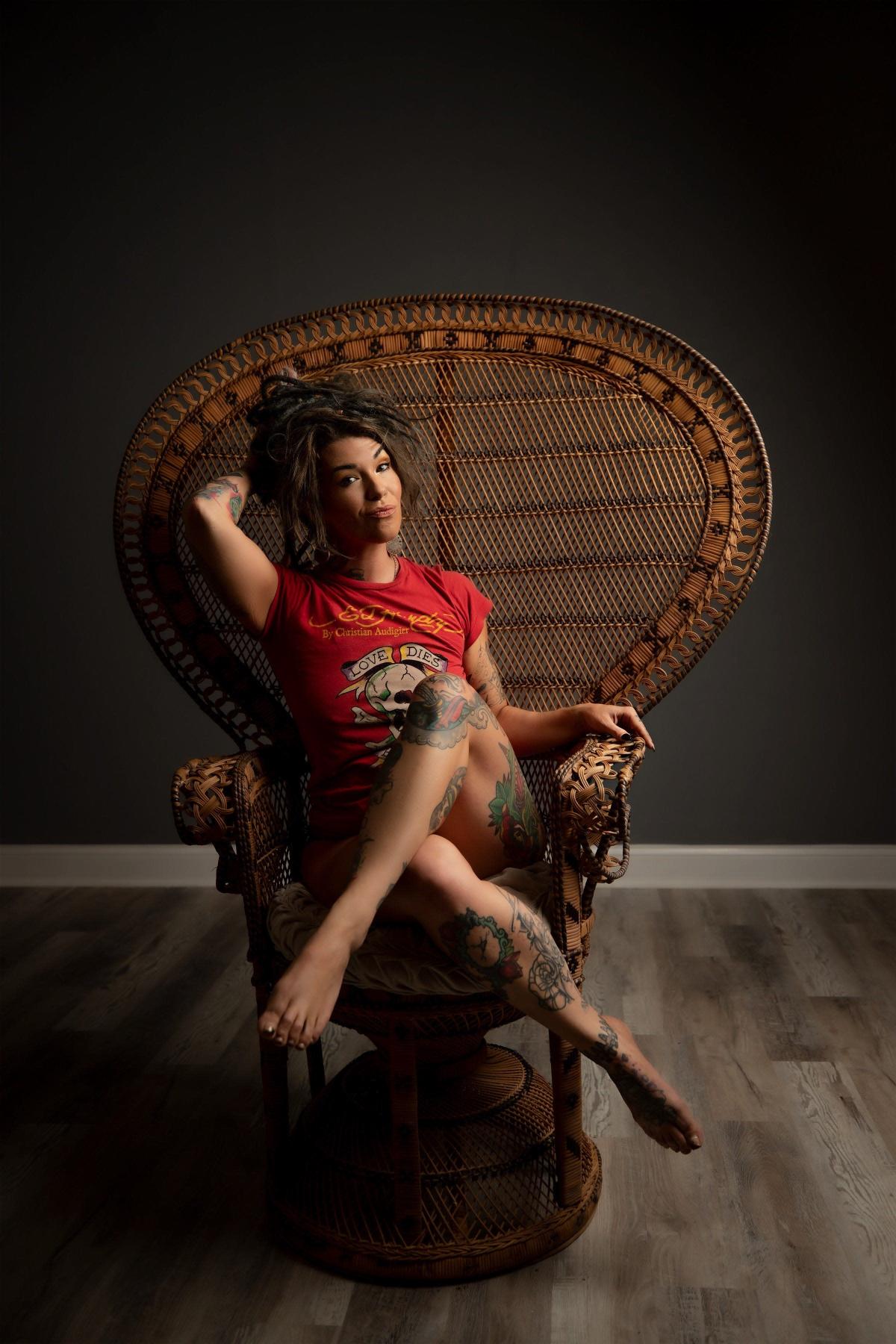 NOTE: This article has been updated with more Inked Cover Girl contestants in Fort Myers, Cape Coral, and Port Charlotte.

Rhianna Keesling decided to prove something this year Inked Cover Girl Contest – to herself and to the world.

Moms can be sexy too.

And they don’t have to strip down to their underwear to do it either — not that there’s anything wrong with that, she says.

“As a mum, I didn’t want to do all the bras and panties or lingerie – as I see with 90% of the girls entering (the Inked competition),” says Keesling, 29, of Arcadia , formerly of Punta Gorda. “I wanted to do things a little differently. …

“I wanted to show that moms can be confident and sexy and still be moms at the same time.”

Southwest Florida Art Festivals: Some of the artists (and art) you’ll see in 2022

After all, the wedding photographer has to think of her four children, ages 2 to 10.

Keesling is one of thousands of tattooed women who enter the annual competition. The winner takes home $25,000 and appears on the cover of Inked magazine.

Voting in this round continues until Wednesday, February 2.

2021 Inked Finalist: “It was really cool to be a part of it,” says Megan René of Cape Coral

Keesling and at least six other Southwest Florida women are hoping to qualify for the next ballot. And they’re probably not the only ones.

It is not known how many locals compete each year. The contest website does not group contestants by region or show their cities and states of residence, and an “Inked” representative confirmed that contest organizers are unable to do so either.

Cape Coral tattoo artist Savanna Leslie33 years old, from True Alchemy Tattoo Studio already knows what she would do with that $25,000: create a non-profit organization to tattoo women who have had breast cancer surgery or people who have attempted suicide or self-harm and want to cover their scars.

This is something Leslie has been doing on her own for several years now. And she does it for free, tattooing people after hours or on her days off.

She got the idea about seven or eight years ago when she tattooed a breast cancer survivor.

“I gave her her nipples back, because she lost them,” Leslie explains. “She was so thrilled and so happy that she just bawled in my chair.”

She was supposed to charge the woman, but Leslie didn’t feel good about it.

“For me, it was like giving her back her femininity,” she says. “And I don’t think anyone should have to pay for it, so I gave him his money back with my cut from the studio.”

How to Vote for the Inked Magazine Cover Girl 2022 Nominees

The Inked Cover Girl contest is divided into several smaller groups of competing women. Eventually, the winners of these groups will be combined into one large group for the final.

Here’s where to vote for Southwest Florida women competing this year:

The competition is a fundraiser for MusiCares, a non-profit organization that helps musicians in times of financial, personal or medical crisis. It also sheds light on tattoos and tattoo culture.

The top 15 winners from each group will advance to the Top 10 round, which narrows each group down to just 10 women. Voting for this round will take place from February 3 to 10.

After the Top 10 round, winners advance to these rounds:

To learn more about the competition and see the other competitors, visit cover.inkedmag.com.

— Are you a Southwest Florida woman entering this year’s Inked Cover Girl contest? Email reporter Charles Runnells at [email protected] or connect with him on Facebook (facebook.com/charles.runnells.7), Twitter (@charlesrunnells) or Instagram (@crunnells1).