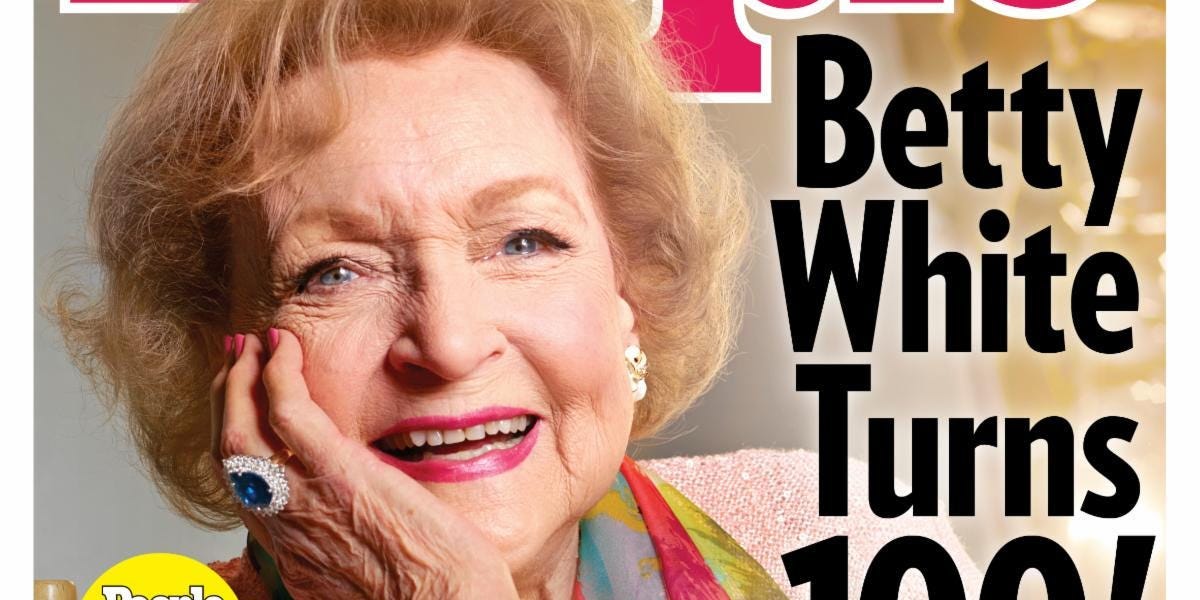 Actress and comedy legend Betty White died on Friday at the age of 99, TMZ reported.

She was due to turn 100 on January 17, a milestone that is celebrated on the cover of the current issue of People magazine. The magazine has been on newsstands nationwide since Wednesday and is reaching subscriber mailboxes this week.

“We are deeply saddened by the news of Betty White’s passing,” People editor Dan Wakeford told Insider in a statement. “We are honored that she recently chose to work with PEOPLE to celebrate her amazing life and career.”

People are already pointing out the unfortunate moment of the cover.

In the People article, White explained how she felt about turning 100 and shared her secrets to a long and happy life, joking that her diet consisted of avoiding eating “nothing green.” “. She said she owed her upbeat and positive nature to her mother.

â€œI’m so lucky to be so healthy and to feel so good at this age,â€ White told People’s Liz McNeil and Dory Jackson in the interview, which took place a few weeks before her death. “It’s incredible.”

White’s career spanned more than seven decades. She was known for her roles on “The Mary Tyler Moore Show”, “The Golden Girls” and in recent years, “Hot in Cleveland”. She won eight Emmy Awards and a Grammy for a spoken word recording of her best-selling autobiography, “If You Ask Me.”