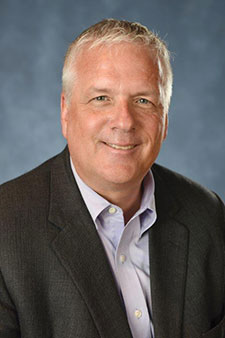 For their outstanding achievements in their respective fields, Kenneth Janke, Tom Kimble, Kathleen Ligocki, Dennis Pawley and Patrick Scoggin have been selected to receive honorary degrees from the University of Oakland. The recipients were recognized during the university’s opening ceremonies from May 13 to 15.

Kenneth janke was selected to receive an honorary doctorate of science.

Janke joined Aflac Incorporated in 1985 as Head of Investor Relations. During his tenure with the company, he was named top investor relations manager by Investor Relations magazine. In addition, under his leadership, Aflac has been recognized as having the best investor relations department for a large-cap company and has also been named three times among the top 50 employers for minorities and working mothers.

Janke has shown dedication to his community through many roles, including serving as a board member of the Columbus Symphony Orchestra and as a member of the secretary of the Green Island Country Club. He was also a member of the Visitors’ Council of the School of Business Administration at Oakland University.

Tom kimble was selected to receive an honorary doctorate in human sciences.

A committed civic leader, Kimble has a long association with the College of Arts and Sciences at Oakland University. Through his work in leadership roles at General Motors and as the founder of his own consulting firm, Kimble has demonstrated a strong focus on philanthropy. He has given back to his community by serving on the Boards of Directors of the Michigan AARP Executive Board, Baker College, Oakland County Workforce Development, Michigan Hospice, Michigan Arts League, Girl Scouts USA, Oakland Family Services, Character Education Organization, and Oakland Country. Bar.

He has served the College of Arts and Sciences since 1998 as an advisory board member, ambassador and member of the dean’s campaign board. His generous scholarship support has helped educate many college students. He has also been a driving force behind the Oakland University / Pontiac Initiative, as a member of the Core Group and co-chair of the Initiative.

Kathleen ligocki was selected to receive an honorary doctorate of science.

Ligocki has established a stellar career leading public and private companies to success, driving entrepreneurial technology and impacting the auto industry in Michigan. Now retired, she was CEO of Agility Fuel Systems from 2015 to 2019 and is credited with overseeing a brand new, highly profitable production facility in North Carolina that creates natural gas cylinders for the truck markets. heavy and buses. Prior to joining Agility Fuel Systems, Ligocki held senior positions in various organizations, including Harvest Power, Inc., where she raised $ 40 million for the company’s efforts to generate renewable energy and nutrient-rich soils and convert the gas produced by food waste into gas.

Outside of her profession, Ligocki has supported higher education as an administrator at Kettering University and as a student mentor and recipient of a Distinguished Alumni Award at Indiana University. She has also been recognized as one of the Most Innovative Women in Food and Beverage, as well as by Fortune and Food and Wine magazines. She supports the United Way, is a board member of Lear Corporation, Carpenter Technology Company and Farmers Business Network, and a founding member of the Women’s Leadership Forum.

Dennis pawley was selected to receive an honorary doctorate of arts.

With a 30-year career in automotive companies including General Motors, Mazda and Chrysler, Pawley has advanced labor relations and changed the industry through the introduction of lean operating systems into American manufacturing. He also founded his own management consulting firm, co-founded the Lean Learning Center, and established the Pawley Lean Institute at Oakland University. Additionally, Pawley served in the United States Army and contributed his talents to organizations such as the Chrysler Institute of Engineering, the Chrysler Corporation Fund, and the Boys and Girls Club of Southeast Michigan.

Patrick “Pat” Scoggin was selected to receive an honorary doctorate in human sciences.

Scoggin, who passed away on December 1, 2020, has had a lasting impact on Michigan businesses and nonprofit communities. Until 2019, he was the owner and president of Huntington Ford, Inc., now Serra Ford, in Rochester Hills. Under his leadership, the dealership employed nearly 100 people and had sales of over $ 35 million.

With his wife Christie, he was the founder and director of the Patrick and Christie Scoggin Family Foundation, which funds projects in the areas of community development, education and social services. In 2012, Scoggin and his wife established the Huntington Ford Fellowship at Oakland University. One of the university’s biggest awards, it created a transformative opportunity for a total of eight grateful students. Scoggin also hosted the Ford Drive One 4 HR School event, which raised over $ 7 million to benefit students at hundreds of high schools across the country. He has touched many lives through his exceptional leadership and commitment to others.

Honorary degrees are awarded by the OU’s Board of Directors in recognition of distinguished achievement and service in the arts and letters, sciences, professions and public service as recognized and supported by the University. The awarding of honorary degrees reaffirms the scholarly, creative and humanitarian values â€‹â€‹of the University of Oakland and binds the university to the community at large.