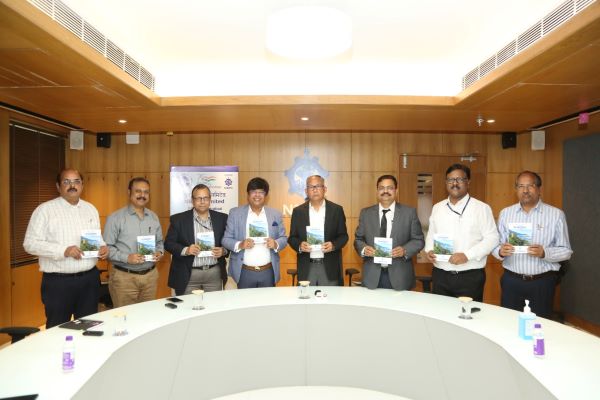 The Vigilance Department of the National Mineral Development Corporation (NMDC) Limited on Wednesday released the first edition of its in-house Vigilance Magazine – “Subodh”.

The release is part of the country’s largest iron ore miner’s commitment to enhancing honesty and transparency among all stakeholders.

Speaking on the occasion, Deb said: “I sincerely believe that an organization must create an atmosphere where preventive measures prevail over punitive measures and this magazine is a welcome step in that direction”.

B Vishwanath, Chief Vigilance Officer, NMDC said that “Through this magazine, NMDC Vigilance strives to highlight the importance of the surveillance system and the prevalence of notable practices in the organization.”

He pointed to an old wisdom that it is wise to learn from the mistakes of others and this magazine is a step in that direction. He also reiterated his commitment to encourage preventive and participatory vigilance in the organization.

The CMD encouraged employees and their family members to contribute articles for publication in the magazine.

The magazine will appear quarterly.