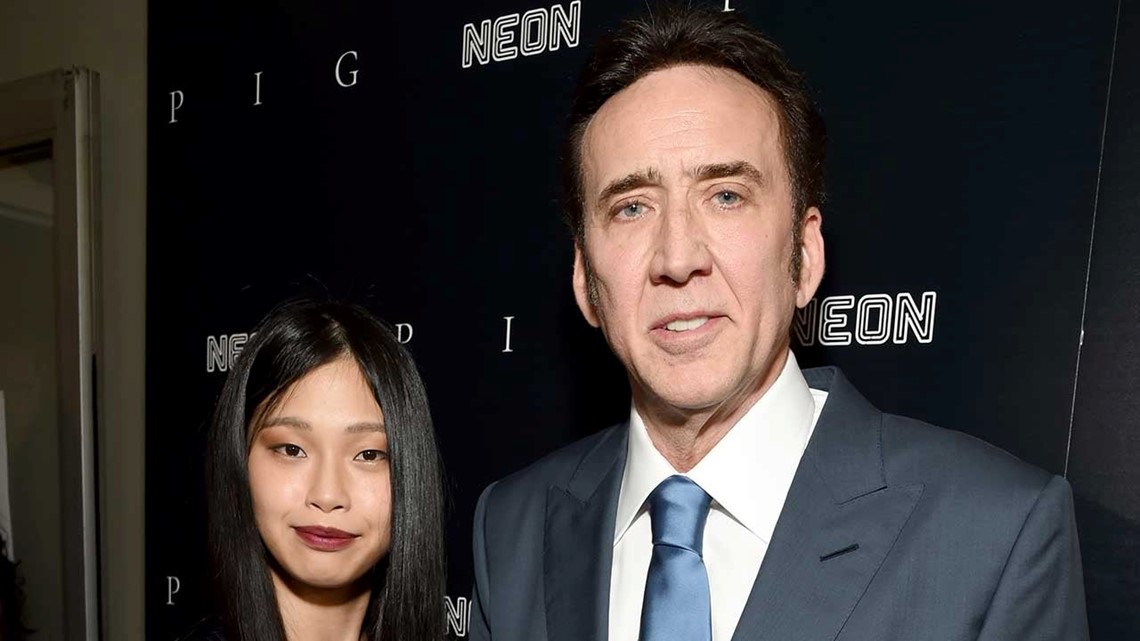 Nicolas Cage poses with his wife! The 57-year-old actor and Riko Shibata appear in the latest issue of Flaunt, scoring their first magazine cover together.

In the cover photo, Cage and Shibata sit side by side as they kiss in coordinating black ensembles. Other photos from the shoot, which took place in Las Vegas, show the couple lying in the desert, building sandcastles and posing in a parking lot.

“We were over there doing our thing,” Cage said of posing for the photos, which were taken by Noah Dillon. “We did something historic: shoot in 117 degrees weather and build sandcastles. I don’t think it’s been done yet. And Riko loved it!”

Cage announced his engagement to Shibata in August 2020, revealing in a radio interview that they got engaged on FaceTime after six months apart.

The couple then married in February 2021 at Wynn Las Vegas. After the nuptials, a source told ET that the bride wore a handmade Japanese bridal kimono from Kyoto, while the groom wore a Tom Ford tuxedo.

Shibata walked down the aisle to his favorite song, “Winter Song,” by Kiroro, and the two exchanged traditional Catholic and Shinto greetings that included poetry by Walt Whitman as well as a haiku, the source said.

When ET spoke to Cage in July, he recalled meeting Shibata in Japan.

“We met in Japan and I thought she was gorgeous when I met her. We had a lot in common,” Cage told ET. “She loves animals too, so I asked her, ‘Do you have any pets?’ And she said, ‘Yeah, I have flying squirrels.’ She had two sugar gliders … I thought, ‘That’s it. It might work.’ “