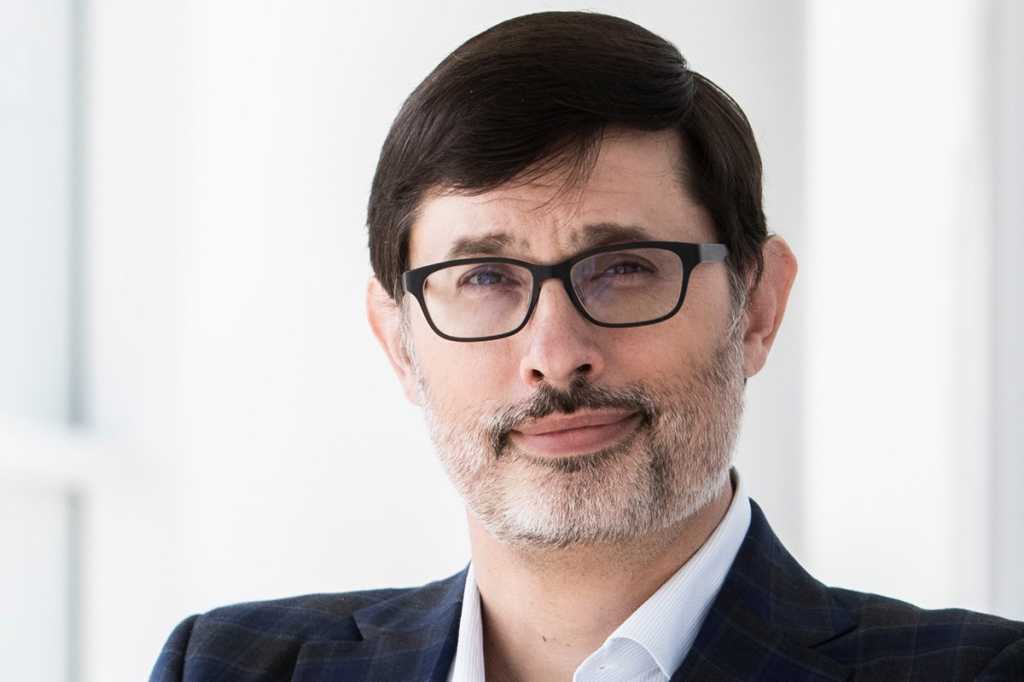 With a professional background spanning digital native companies like Yahoo and eBay as well as big established brands like American Express, Express Scripts and most recently Northwestern Mutual, Neal Sample’s unique combination of strengths and interests stands out. He earned a doctorate in computer science from Stanford, so he’s comfortable diving into the depths as a technologist. But he’s also attuned to the human side of the computing equation. In fact, he says one of his biggest accomplishments in his current role is the work he’s done to foster a rewarding and inclusive workplace.

When we sat down for the Tech Whisperers podcast, Sample talked about his new playbook, his leadership philosophies, and how he wins with talent. Next, we spent some more time discussing his perspective on the tech landscape and how his career and academic experiences have influenced his approach to leadership. What follows is that conversation, slightly edited and condensed for clarity.

Dan Roberts: With so much ahead of you, how do you stay on top of current trends and technologies, and how do you translate that into business impact?

Neal Sample: I do a little self-study. I will read blogs and follow industry trends. I like a conference that has a diverse scope, that is not just, for example, focused on a single technology. And what I really like to do is listen to my experts. Sometimes it’s the people who work for me, who take care of security, application development or infrastructure. They will eventually go deeper into their specialty than me, and I find that’s a great way to learn. Sometimes you bring in an outside expert, especially when you’re going to do something new. You can learn from the path others have laid down for you.

Overall, curiosity is extremely important. If you’re not curious, if you think you know all the answers and don’t have any questions, then you’re not going to learn and grow. Maybe you do have all the answers. But I find that there are more things in this world that I don’t know about than myself. And some of the things that I knew 10 or 20 years ago aren’t true today, and I think that’s something unique to technology.

But while the business around us isn’t changing, the tools we use are changing, and you need to stay up to date with those tools if you want to be effective for you. As a CIO, if you stay put, you fall behind.

You learned a lot working with a diverse set of companies and industries. What do you think is the one call most people would change when it comes to their architecture?

I think if we could go back far enough, we would change just about every decision. All architecture is false, because everything we have done has changed and grown over time. I think back to the first great architecture I worked on, and damn it, you wouldn’t be doing that today. And then you look at some of the things we’re doing now where even the notion of having a server is a bit archaic. I will therefore be bold enough to say it: all our architectures are false. We do not know yet.

Knowing this is the case, what can CIOs do to defend against this?

There are many principles. The one I like is the open-closed principle: open to extension but closed to modification. If you are closed to modification, it means you won’t have breaking changes that will negatively impact people when you modify the implementation underneath. But open to extension means they can build on it, they can incorporate it, they can actually add to it. And that’s really important.

There’s a term that I coined, and that’s the notion of ‘Chernobylisation’, which is when you take something that’s a legacy and encase it in concrete. You leave it for ten thousand years until it becomes a little less radioactive. And it’s sort of a forced version of the open-closed principle. You stop development in this area which is no longer strategic. And maybe the time has passed you, but you can still use it additionally.

What do you mean when you say “strength of data vs cult of personality”?

Especially sitting in the “big chair” like me, you speak loudly, sometimes unintentionally loud. The number of times I’ve heard someone say “Neal wants this” after a request came back to me, and I had no idea I wanted this, but someone might point something aside in a conversation at some point.

I find that organizations that are managed this way operate very differently from organizations that are deliberately focused on data. Having a data science background makes it easy for me to focus on the data, but it’s something I also ask my teams to do, to interrogate the data, to learn about the data, to understand what the data tells you to make a decision. Or if you think you don’t have the data, what do you think is missing, or what is the consequence of not seeing if an alternative hypothesis were true. The idea is that you take a step back, put your experiences aside, and go where the data takes you. I think that’s a very powerful way to run an organization.

Does it surprise your people when you can dive deeper into the technology?

I will say that some CIOs come from different places, especially in legacy companies where they were more of a cost center, maybe lived in finance, for example. They tend to be more program administrators or budget focused. Portfolio managers are amazing, but they’re less likely to delve into something like a query planner for a database. So I was lucky to have the best of both experiences. I grew up in early technology companies where we had to build many of the tools that exist in the world today. So you had to be close to work. And then I had a university career for a long time. I taught advanced database design at Stanford. And I haven’t forgotten everything! And this is sometimes a surprising fact for people in the organization.

You were a college debater and U.S. national champion. What are some not-so-obvious skills you’ve learned that you’re applying to your role as a senior executive?

One thing I’ve learned is to develop a hypothesis and test that hypothesis incredibly quickly. In a parliamentary debate, you received the subject 15 minutes before having to debate it, and during this time, you had to develop your argument or your counter-positions, then be ready to defend your positions in front of a critic. You learn to spot problems very quickly, figure out what’s important and what isn’t, and start filtering and resolving those issues.

The second thing is, and I think this is really important, every turn you would switch between affirmative and negative, for a subject or against a subject. You would always take both sides. It teaches you to let go of those positions and be kind of egoless about it. If you mess up, you mess up and move on. I find a lot of people have an idea and instead of investing in testing the idea, they invest in the idea. This constant flip-flop of taking different positions and testing ideas meant you couldn’t afford to get too invested in them.

Which technology holds the most promise for delivering game-changing results to your business over the next 12-24 months?

For us and certainly for many other companies, it’s machine learning and artificial intelligence. When we look at our administrative processes, we know that we have the best mortality results and the best persistence in the world. Much of this comes from our ability to use algorithms and exploit data that we have developed over the past 165 years, but most of this learning has happened at the speed of humans. So when I think about what’s going to be a game-changer for us is the ability to process far more data than you could have imagined one, ten, or a hundred years ago, in our case, and that machines can produce and test hypotheses a million times faster than people could.

There are companies that don’t even think it’s an alternative or a guess. They started with machine learning, with the cloud, with big data, and they just think that’s the natural way to do it. But I think it’s going to be a real transformation for a lot of traditional businesses.

How fast can government agencies turn the legislature’s billion dollars into new housing?