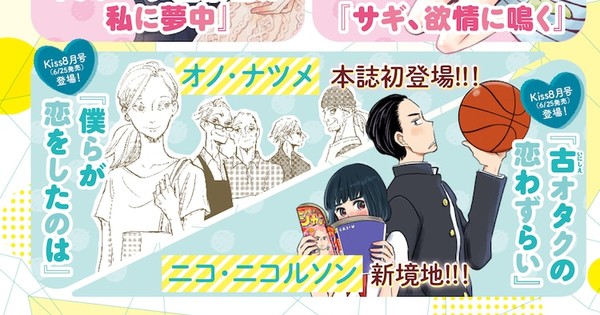 The June issue of Kodansha‘s To kiss magazine revealed on Saturday that Aki Amasawa and Natsume Ono will each launch a new manga in the magazine. Amasawa’s new manga is temporarily titled Koi in Sakashima (Love and Reverse) and it will launch in the next issue on May 25. Ono’s new manga is titled Bokura ga Koi wo Shita no wa (Us Falling in Love Is) and it will be featured in the magazine in its August issue on June 25. Amasawa’s manga is pictured at the top in the image below, and Ono’s manga is pictured at the bottom left.

Reese Witherspoon ‘sobbed’ on the cover of TIME magazine | People