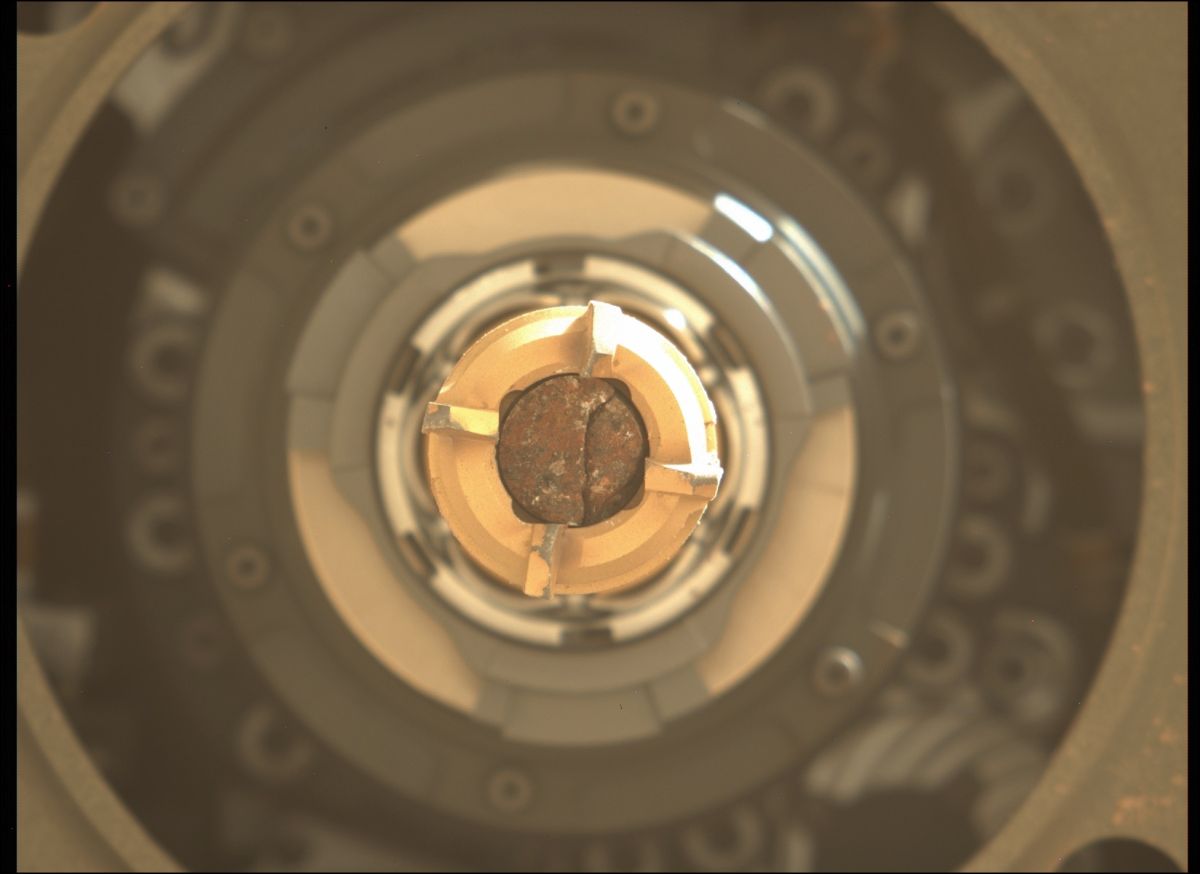 The car-sized robot drilled into another Martian rock and hauled away the resulting core, mission team members announced via Twitter today (March 8). This is the seventh sample drilled Perseverance has collected since landing on the floor of the Red Planet’s Jezero Crater in February 2021.

Collecting samples for future return to Earth is one of Perseverance’s two main tasks, along with searching for signs of ancient martian life. The 28-mile (45-kilometre) wide Jezero was home to a lake and a river delta in the ancient past, so it’s an ideal place to do such work, mission team members said.

Here on Earth, river deltas are good for preserving signs of life as we know it, as well as the building blocks of life, organic carbon-containing compounds. The members of the Perseverance team are therefore eager to explore the remnants of the Jezero Delta, and they plan to do so soon.

“I plan to get one more sample here before heading to the old river delta,” the rover team said in today’s tweet (opens in a new tab)assuming the voice of Perseverance (as they tend to do with this account).

Perseverance spent its first year (Earth) on March exploring the crater floor to the south and west of its landing site, which was named after science fiction author Octavia Butler. The rover is now heading towards the touchdown zone, en route to an accessible segment of the old delta.

The Perseverance team plans the rover’s route with the help of Ingenuity, the 4-pound (1.8 kg) helicopter that landed with Perseverance last year. Ingenuity has successfully completed its initial mission, a five-flight technology demonstration campaign, and is now exploring the terrain for the rover on an extended mission. Ingenuity has flown 20 times to Mars to date and continues to grow.

If all goes as planned, Perseverance will eventually collect and cache several dozen samples from the Red Planet. This material will be brought to Earth, possibly as early as 2031, by a joint NASA-European Space Agency mission campaign.

ONE Championship: Chatri Sityodtong, elated by the cover of Stamp-Lee magazine, describes the two atom-weight warriors as “Smart. Beautiful. Deadly”