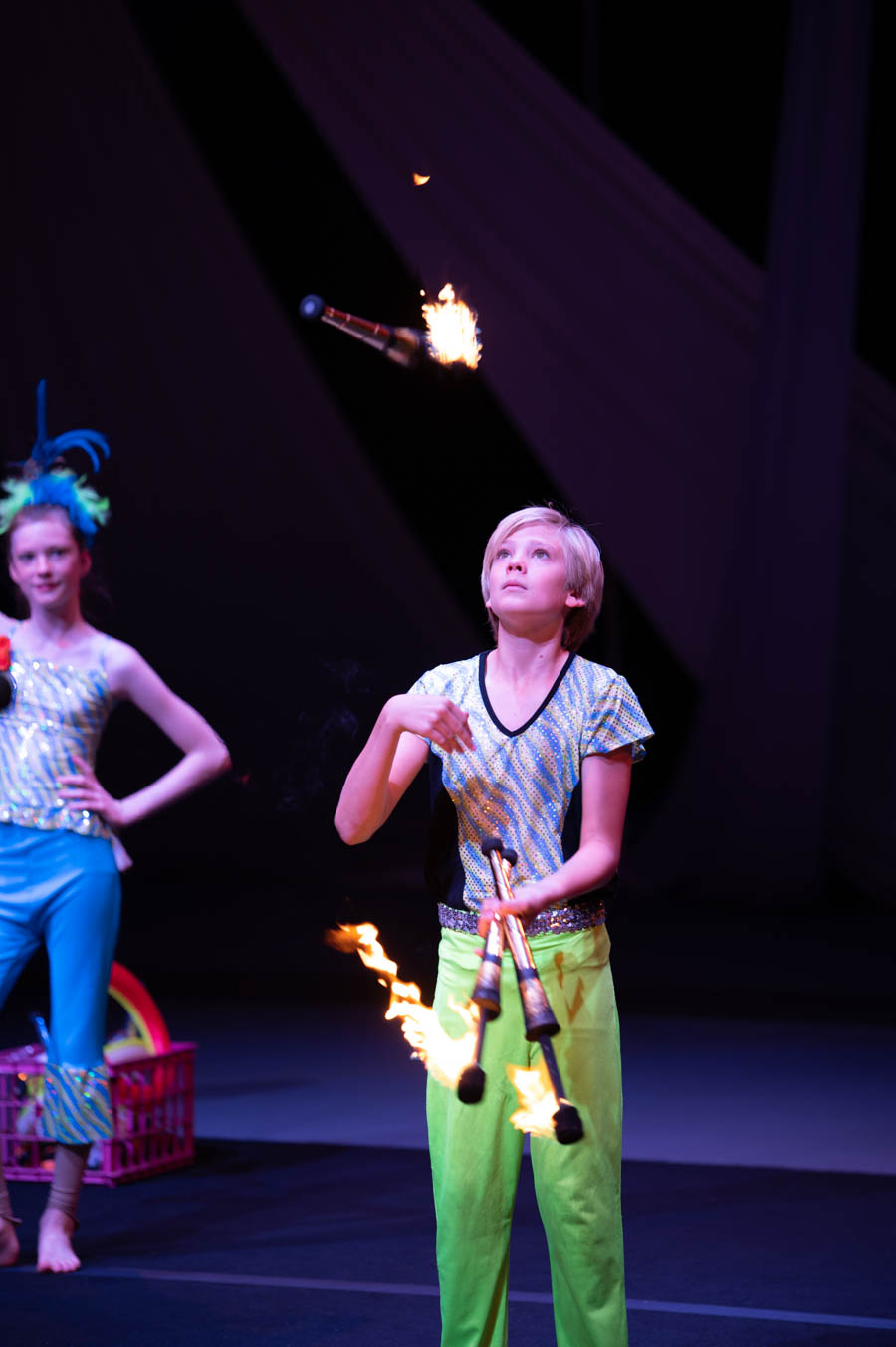 Holidays with the Sailor Circus Academy

Impressive annual performance of the oldest youth circus in the country.

“Every time we put on a show, we want to make it different. It’s about the modulation of energy throughout the production. It’s like a roller coaster, you have ups and downs. We want to show how the circus makes the impossible possible and the ordinary miraculous,” says Pedro Reis, President and CEO of the Circus Arts Conservatory. This season, Reis and the Conservatory seek to do so through various productions, including the Sailor Circus Holiday Show, the impressive annual performance of the nation’s oldest youth circus.Each year, the Sailor Circus Holiday Show seeks to embody a different theme, a unique way to inject the holiday spirit into the show.This season , the Conservatory is looking to incorporate a more international perspective into the production.”We had done an ’80 Days Around the World’ show in the past and when brainstorming for this year’s production, someone one brought up the idea of ​​exploring what Christmas might look like around the world,” says Reis. “We’re excited to explore how Christmas is celebrated in countries like Germany, France and Italy, and incorporate elements of those traditions into the production,” he adds.

In addition to the music, costumes and elements of the actual performances that will be influenced by this international theme, the set design and props will also incorporate the theme. “For the US, we might include a lot of holly and mistletoe and for Germany, who knows, maybe we’ll add bratwurst,” Reis laughs. The Sailor Circus Holiday Show marks the start of the Conservatory’s new year, followed by a Sailor Circus Spring Show, the Cirque des Voix in March and the Summer Circus Spectacular next summer.

The Sailor Circus Academy began 73 years ago in 1949 as a high school gymnastics class. “The physical education coach at the time watched the children in the circus because they could tumble well. He invited their parents, who worked in the circus and had taught their children, to teach the school children and the program started and grew from that,” says Reis. Today, the program has grown into a rigorous after-school program where students often practice four to five times a week for the duration of the school year. school year in preparation for the Holiday and Spring Sailor Circus shows. The Academy has two levels: the Red Performance Troupe, which performs in the Holiday and Spring shows that students are to be invited to perform, and the Gold Training Troop, which serves as a stepping stone for younger students who may one day be eligible for Red Troop.” The Academy not only provides students with a great opportunity to experience the circus in a safe and controlled environment, but it also creates a pool of young talent for us. In the past, once you graduated from the Academy, you were kicked out. We have since dissolved this policy and any student who graduates and wishes to continue in our ‘career path’ is welcome, with a focus on a specific discipline,” says Reis.