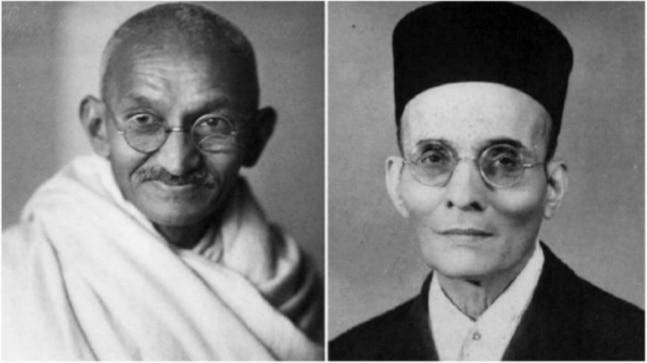 A monthly magazine run by an institution run by the Ministry of Culture, established in memory of Mahatma Gandhi, featured Hindutva Vinayak icon Damodar Savarkar on its cover, hailing him as a “great patriot”.

The June issue of ‘Antim Jan’ magazine, produced by Gandhi Smriti and Darshan Samiti (GSDS), contains a number of articles on Savarkar. The magazine’s foreword calls the Hindutva leader’s contribution to India’s freedom struggle “no less than that of Gandhi”.

READ | What did Mahatma Gandhi tell Veer Savarkar about pleadings?

“Whenever there is talk of making supreme sacrifices during the struggle for freedom, Veer Savarkar’s name will be taken with due respect and stature,” reads the foreword.

The foreword to the special edition talks about Savarkar’s stay in the cell prison in the Andaman and Nicobar Islands. “It hurts that those who weren’t imprisoned one day, didn’t suffer for the nation, didn’t do anything for the country and the nation, they criticize the patriots like Savarkar who made sacrifices. Even Yes, Savarkar’s place in history and his honor when it comes to the struggle for freedom is no less than that of Gandhi,” he said in the foreword.

Goel hailed Savarkar as a person of “multifaceted talents” and a “high quality writer” and “nationalist thinker”.

3 things to watch in the stock market this week