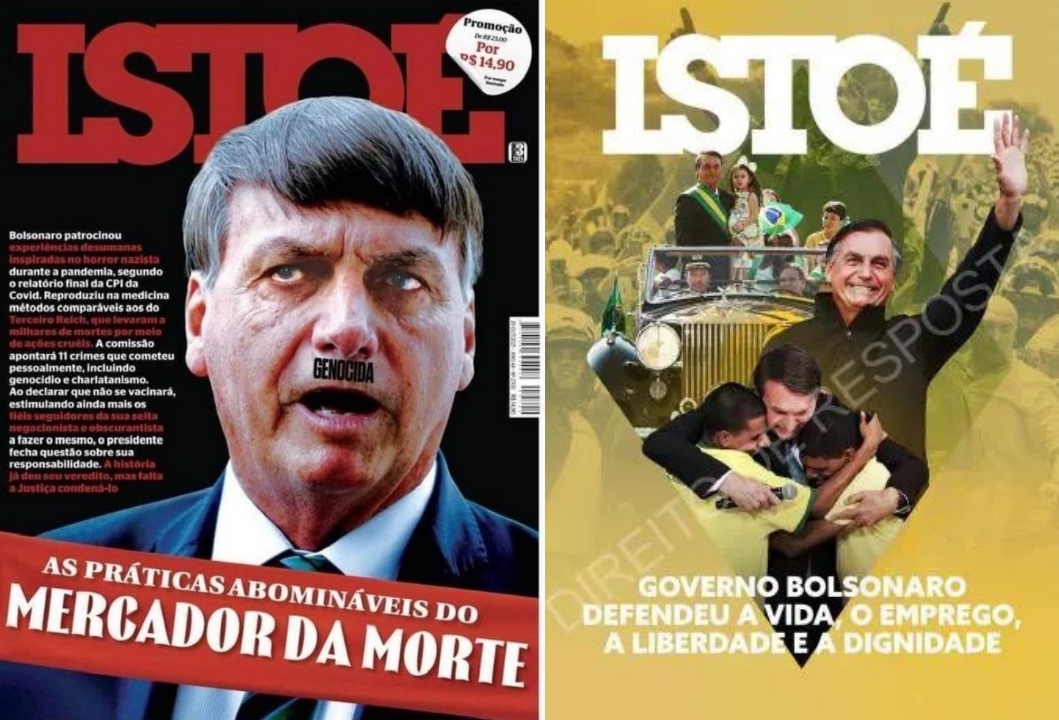 Government at war stories on the cover of “Bolsonaro Hitler” magazine

The federal government sent an out-of-court notice to the Brazilian weekly IstoÉ after criticizing far-right President Jair Bolsonaro on recent coverage, calling him a “merchant of death” and describing him as Adolf Hitler.

The article in question was a scathing attack on Mr Bolsonaro’s response to the coronavirus, claiming that the soon-to-be-concluded Senate Covid Inquiry is Brazil’s response to the Nuremberg trials. “It’s time to understand the extent of the disaster perpetrated by the president and his cronies,” the article read. However, instead of claiming a standard right of reply, the federal government suggested that IstoÉ completely rework its article, replacing the cover of the issue with one of its choice.

Instead of the article titled “The Architect of Tragedy,” the government’s legal adviser suggested an article titled “Living, Jobs, Dignity”, detailing the “public programs and progress developed by the Brazilian state since the start of the health crisis ”.

Instead of Hitler’s cover, the Solicitor General’s suggestion looks more like a federal government campaign poster, with Mr. Bolsonaro embracing smiling Brazilians and parading during the country’s independence celebrations on September 7. The Solicitor General’s office agrees to take legal action if the suggestions are not accepted within seven days.