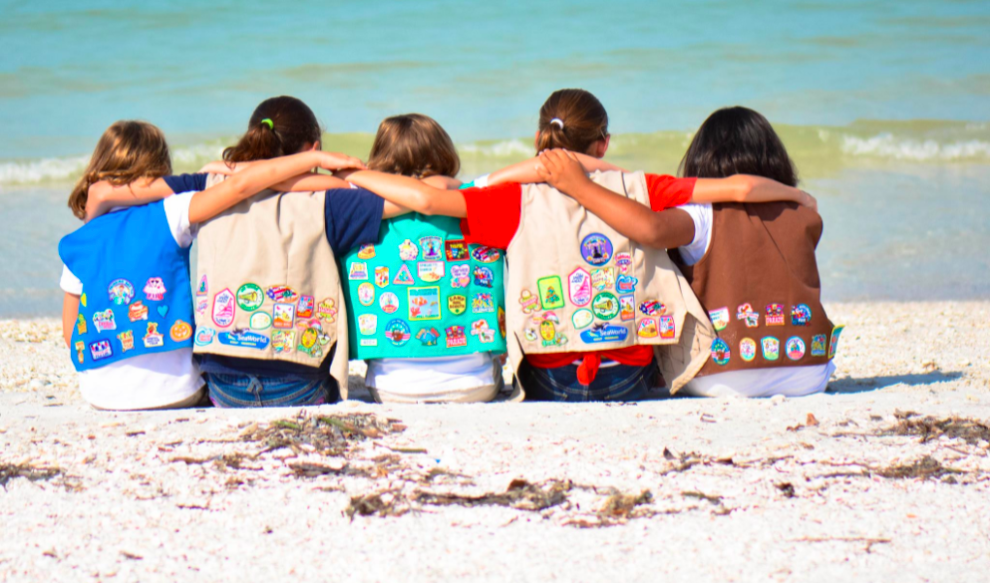 She grew up in a small New England town with a one-room library. When she was about 11 years old, a few of her friends got together to organize a fair to benefit their local library. That first year, Barbara Van Essen and her childhood friends won $17 from their little fundraiser in a friend’s backyard. They would continue to hold library fairs for three more years – moving them to City Hall next to the library and adding them each year. “I have a copy of the long list of books for children and young adults that the library was able to purchase with proceeds from our last fair,” Van Essen shares. Between her philanthropic and book-loving endeavors and her career as a Girl Scout, from sophomore through high school—winning the first-class award, which was the highest honor for girls in Girl Scouts at the time—Van Essen became a passionate humanitarian. , mentor and heroine for young women in her community.

When she and her husband moved to southwest Florida years later, one of the first things she did was look for a Girl Scout troop for her daughter. “I volunteered to help the leader and a few months later she asked me to take over the troupe in her place,” she says. “I led my daughter’s troupe from third year through high school, with seven of the girls who won the Gold Award, which is the highest award a girl in Girl Scouts can win now.” Van Essen began to take on other county Girl Scout volunteer roles: organizing big events for the girls, training new leaders, continuing to mentor girls in her troop as they headed off to college. In 1997, she was asked to join the staff of the Council, Girl Scouts of Gulfcoast Florida. “Initially, I was responsible for planning events for older Girl Scouts throughout the council that served Manatee County girls in Collier,” she says. “Then my position became more focused on serving girls in our lower income communities of Collier, Lee, Hendry and Glades counties.”

After retiring from her full-time position in 2017, after almost 20 years, Van Essen realized that the Gulfcoast Girl Scout program in Immokalee, a small town northeast of Naples, could not. continue without someone supervising it. The majority of families came from Mexico, Guatemala or Haiti to work in agriculture. Van Essen did not want to see the approximately 230 Girl Scouts of Immokalee, or those who would follow them, lose their chance to participate in the Girl Scouts. So she stayed to continue working with them in her spare time. “Whenever I take the young Girl Scouts from Immokalee to Naples for an event or a trip to the zoo, we also go to the Naples Pier so the girls can hang out and see the Gulf of Mexico, dolphins and pelicans “, she says. . “For more than half of them, it’s the first time they’ve seen the beach, even if they live less than an hour away. And camping is the first time most girls leave home overnight. I love their excitement when they’re cooking meals, canoeing or archery.”

Van Essen has also taken older Girl Scouts to see our state government at work in Tallahassee, tour the White House (years ago when possible), horseback riding, rafting in North Carolina and even in Pennsylvania to represent our Council. at a major national Girl Scout event where her group of eight girls chose from workshops on STEM topics, career planning, arts, sports and more. “At this event, our group of girls – whose families hailed from Haiti, Mexico and Ecuador, as well as the United States – performed a dance they had carefully choreographed to a mix of popular songs representing each of their cultures,” she says. But by far the most exciting trip for her that she was able to organize was a five-day bus trip where a group of about 25 high school girls were able to visit seven American colleges and participate in sessions with college staff on admissions, financial aid, dormitory life, choosing a major, etc.

“One thing that really moves me is when I hear about a girl who was in one of my Immokalee troops years ago,” says Van Essen. “One of my former students had a scholarship to go to the University of Michigan. She graduated and continued her law studies. She has now passed her bar exam and is practicing law in Michigan. She told me her parents worked long hours to keep food on the table and weren’t interested in the kids having fun. She said she wouldn’t have had a childhood without the Girl Scouts and wouldn’t have learned community service.

Van Essen has stayed in touch with many of her alumni over the years, even as the young girls become successful women, including one who travels the country for her job, one who teaches in North Carolina, one who teaches locally, one who just completed nursing training in New York and one who recently joined the Gulfcoast Girl Scout leadership team in Immokalee. “Hearing about all their successes is what means the most to me,” says Van Essen. The program has finally restarted in-person Girl Scout troops in Immokalee after more than a year of having to trade experiential field trips for Zoom meetings with the girls. “It’s so fun to finally see the girls again,” she says. “I can’t wait to get back to taking them camping and on field trips.”