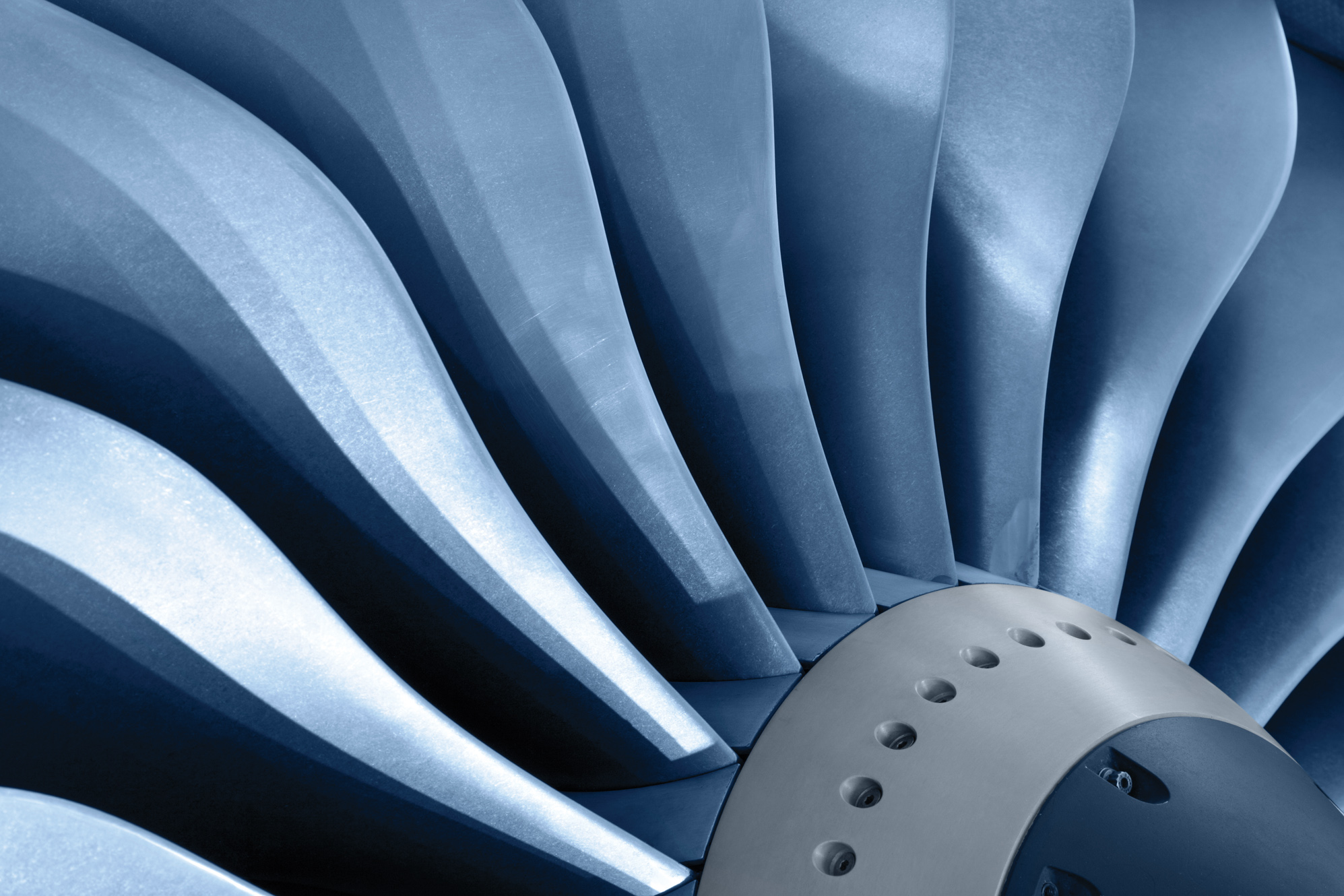 SRQ Airport may well be the fastest growing airport in the world. Now leaders are booking plans for a bigger future

Passenger traffic was already on the rise at Sarasota-Bradenton International Airport in early 2020, but the coronavirus changed everything. COVID-19 has impacted all sectors of the economy, but travel has taken a particular hit. At an airport that handled just under 2 million passenger flights in 2019, traffic in April 2020 fell to less than 10,000 passengers, with the bulk of those departing the city.

“The thought was how do we get through this?” recalls the CEO of SRQ airport, Fredrick Piccolo. “How can we reduce as much as possible?” But that was then. Less than two years later, the traffic is bigger than ever. Airlines that halted flights to Sarasota years ago have re-routed routes to SRQ airstrips. A new terminal is under construction as part of a $60 million expansion and Sarasota is the envy of the aviation world. “The growth at SRQ has been phenomenal,” said Piccolo. “We are the fastest growing airport in the United States, if not the world. Traffic was up 150% from last year, and yes it was a COVID year, but for us the numbers haven’t really gone down. Well, a close look at the numbers shows that total traffic has fallen from 1.96 million passenger flights in 2019 to 1.24 million in 2020, but that kind of drop is nothing compared to what many airports around the world have suffered. While SRQ traffic was down 37%, traffic in and out of Atlanta International Airport was down nearly 43%. At Miami International Airport, it fell 59%.

Regardless, at the start of 2021, the airport remained healthy with steady growth in flights. Not a single airport employee has ever been laid off — private airlines don’t disclose their location-specific layoffs — but Piccolo told airlines to call to find out how to add routes into the facility . In September, the airport topped 2 million passenger flights for the year for the first time in its history with three months of travelers still to take off. Piccolo recalls that just three years ago the airport felt comfortable closing the year with just under 1.4 million passenger flights. Now the airport executive in November hoped to reach 2.5 million passengers through the airport before the end of the calendar year. So what prompted this? Piccolo said it’s hard to ignore Florida’s statewide policies in response to the pandemic. As Florida, like many states, entered a month-long lockdown in the spring of 2020, it quickly began a process of reopening. Governor Ron DeSantis announced in September 2020 a major marketing campaign funded by Visit Florida to encourage travel to the state, and Florida’s policies have been widely publicized in national media as far less restricted than other states. As DeSantis blasted criticism from public health advocates on national airwaves, business leaders in a state where tourism is the No. 1 industry announced the move.

LOOKING AT A MONUMENTAL YEAR, SRQ AIRPORT CHIEF EXECUTIVE OFFICER FREDRICK PICCOLO LOOKS FORWARD TO THE CONTINUED SUCCESS OF THE FASTEST GROWING AIRPORT IN THE COUNTRY.

Virginia Haley, president of Visit Sarasota, said this market also benefits because many amenities here are outdoors. From beaches to popular kayaking routes, ecotourism has become more popular than ever as travelers seek ways to get out of their homes without traveling to destinations with indoor entertainment, environments at higher risk of seeing virus infections. spread. Piccolo said it spurred a spike in recreational tourism. “When social distancing started, we had lots of beaches, golf, fishing, just lots of outdoor activities. The fact that the Governor has kept our state open has brought tremendous economic activity. And as you and I both know, this place is wonderful. This place is heavenly. But what is most shocking about the growth of SRQ Airport is that it has outstripped expansions happening anywhere in Florida or beyond. It has to do with the type of travel the airport relies on more than ever. The Florida Restaurant and Lodging Association announced that Florida’s tourism industry expects to see a loss of $5.3 billion in business travel for 2021, which has had consequences across the state as even as leisure travel came back into force in Florida the same year. This loss of conventions and business travel represents the second largest loss in the country.

“Sarasota is a little different from many parts of the state because it’s always been dominated by leisure travel,” Haley said. From October 2020 to September, Sarasota County raised $27.6 million in tourism development taxes, a record amount for a fiscal year. This happened even as large convention spaces remained vacant as hotel pools were still teeming with vacationing families. So can it last? Piccolo predicts that at some point leisure travel will stabilize. Pent-up demand on lockdown days will decline. Family reunions postponed for a year will take place and a normal level of recreational visitors will return. Hopefully business travel will also return to steady levels. There are already signs of this with spaces booking hybrid conventions and more and more business travelers relishing the opportunity to network in person again.

An international travel ban, one of the most enduring restrictions of the pandemic era, was finally lifted in early November. Visitors from outside the United States have historically made up 10% of travelers to the airport, so the airport is excited to get its customs inspections back up and running. But Piccolo said it wouldn’t be an immediate rebound. Air Canada, the airport’s biggest source of international travelers, won’t begin flights to Sarasota until this fall. “They were originally supposed to come back in February, but Customs and Borders still doesn’t have enough staff in Toronto,” Piccolo said. But in fairness, Piccolo said a decline in leisure travel won’t necessarily hurt the airport. “It might give us time to breathe,” he said. No one expects another total lockdown like what the country experienced when COVID-19 was still a new virus. A drop right now could help the airport manage and catch up on its infrastructure.

Whenever new travel arrives, SRQ Airport should be more than ready for it, just as it will soon be able to handle a lot more domestic travel than it currently sees. The airport has already launched a $60 million expansion of facilities, including the construction of a brand new terminal. In August, the Sarasota-Manatee Airport Authority hired DeAngelis Diamond-Magnum Builders to construct a new concourse. It will be a ground floor passenger terminal with five new gates. The expansion also includes the construction of four more temporary parking lots and a new baggage claim and ground check-in area. This will mean more jobs in the region, even beyond the 40 new jobs added by the airport this year to cope with the existing travel boom.

Meanwhile, airlines are interested in planning routes and grabbing space in the still small airport. And the SRQ is reconnecting with previously unrecognized private partners in these regions. Southwest Airlines, for example, has flights to and from the airport every day. The airline returned to Sarasota in February and now has three gates and 19 nonstop destinations connected to SRQ.

It’s quite a shock considering that a decade ago Piccolo was outright asking business groups not to fly southwest after the airline shut down AirTran, an airline subsidy, to the airport. Piccolo plays down the acrimony today. “I wouldn’t call it bad blood,” he says, “but it was a disappointment.” The decision to close AirTran came shortly after Southwest-branded flights halted service to Sarasota, leading to a double bite that has plagued the airport for years. “We didn’t think it was the right decision at the time.”

That’s in the past now, and SRQ has good relationships with all the major carriers. “We always kept the lines of communication open,” says Piccolo. It didn’t take long last year to convince unconverted people that Sarasota was the place to fly. Now the only problem is finding space for everyone who needs a place to land.