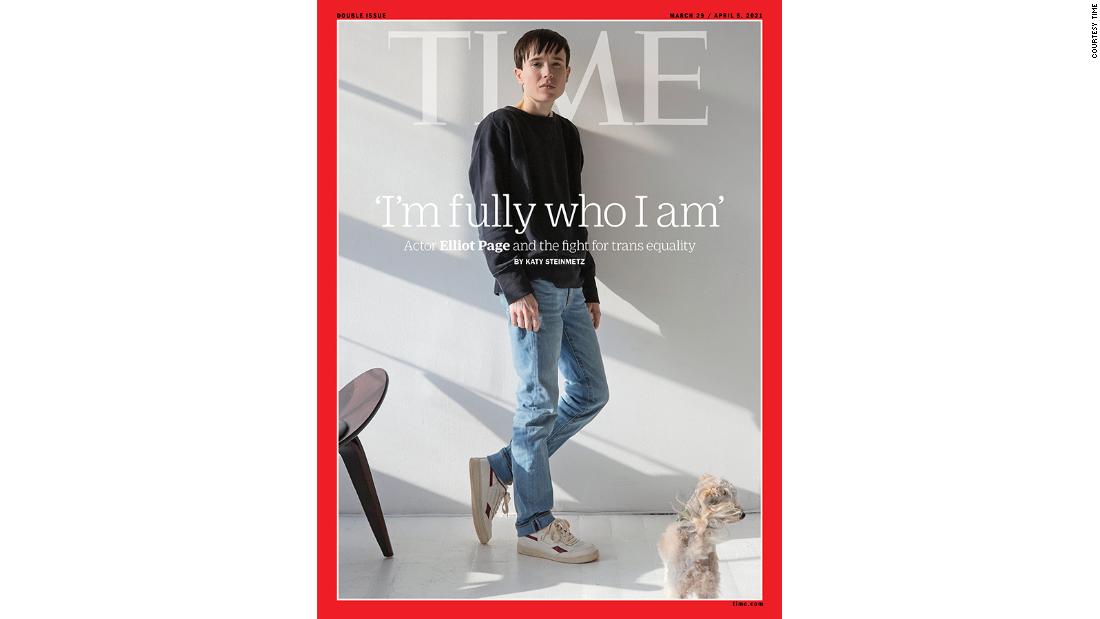 Elliot Page became the first transgender man to appear on the cover of Time, as the Canadian actor revealed his decision to step out last year.

The 34-year-old, whose film credits include “Inception” and two episodes of the “X-Men” franchise, will appear on the cover of the magazine’s next issue under the headline “I Am Fully Who I Am”.

This is Page’s first big interview since he publicly revealed his gender identity in December. Speaking to Time reporter Katy Steinmetz, he described the mixed reaction to the announcement, made via Instagram, in which he revealed his pronouns like “he” and “they”.

â€œWhat I was waiting for was a lot of support and love and a massive amount of hate and transphobia,â€ Page reportedly said. “That’s basically what happened.”

The actor, who earned an Oscar nomination for his role in â€œJunoâ€ in 2008, also spoke about his childhood, saying he â€œfelt like a boyâ€ from an early age. He recalled the “feeling of triumph” of being allowed to cut his hair short at the age of 9.

Page, who had previously revealed his homosexuality in 2014, also spoke of undergoing high-level surgery, a decision he described as having “completely transformed my life.” He goes on to discuss the fight for trans equality, as well as the entertainment industry’s “crushing standards” and “pervasive stereotypes about masculinity and femininity.”

â€œHeavily influential people are spreading these myths and this damaging rhetoric – every day you see our existence being debated,â€ he said in the interview. “Transgender people are so real.”

Page photographed in Toronto in 2019, more than a year before publicly revealing her gender identity. Credit: Rich Polk / Getty Images

The cover was taken by trans photographer Wynne Neilly, who posted the cover image on Instagram on Tuesday, describing it as a “dream mission.”

â€œI wanted it and have been working on it for so many years,â€ Neilly wrote in the caption. “I’m so proud of Elliot and so grateful to the trans seniors who risked everything to make this moment happen.”

Page also posted the cover on Instagram, writing: “With deep respect for those who came before me, gratitude for those who have supported me and great concern for the generation of trans youth we all need to protect, please join me in speaking out against anti-trans legislation, hatred and discrimination in all its forms.