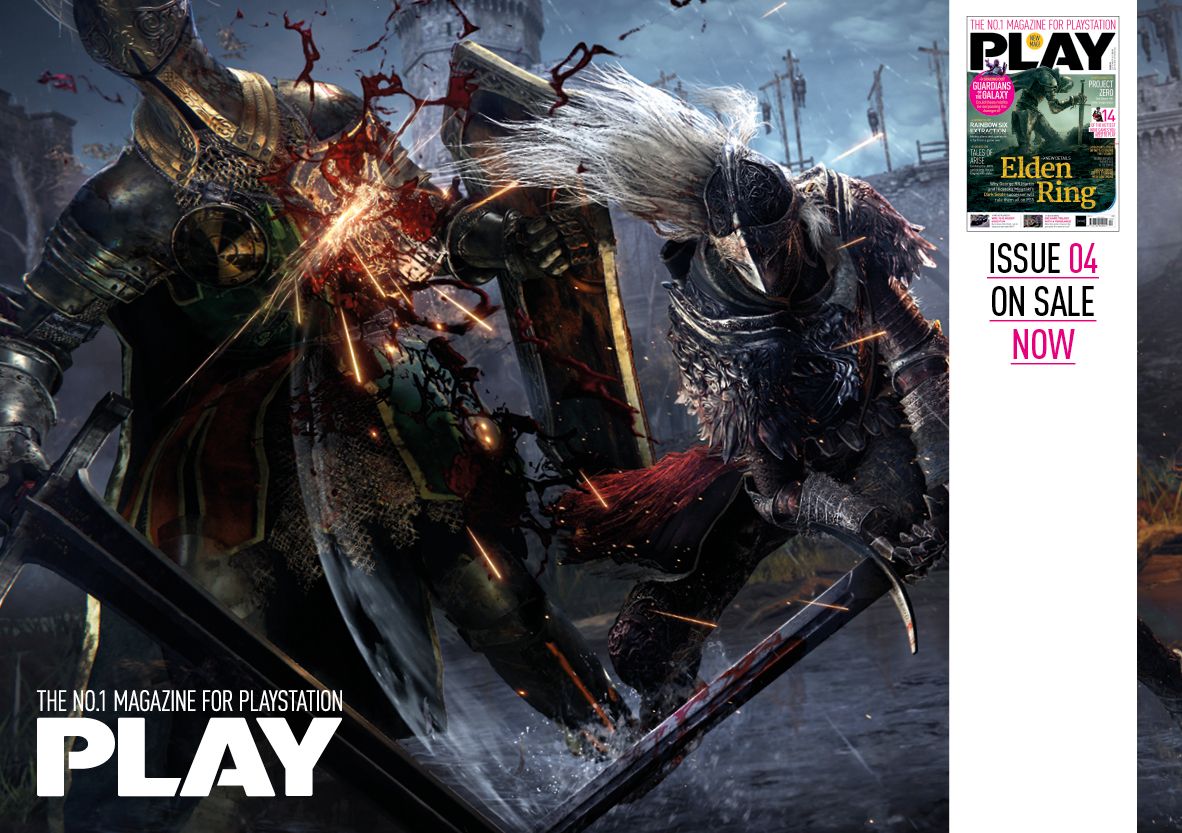 We’re past E3 and the Future Games Show, which means we now have a better idea of â€‹â€‹what lies ahead for the game than ever before. Elden Ring won second place in the Hot 50 of the last issue. Rightfully so, he’s leading this new issue, as we investigate why it’s at the top of all of these most wanted lists. Additionally, we are working with Tales Of Arise, discussing with the developers at Riders Republic what it looks like a PS5 “tech demo” and more. Read on to find out more…

Elden Ring was on everyone’s lips even before the trailer, when it was rumored under the working title “Great Rune”. Now the bottle has been fully uncorked, and we dove into the tonic in our 10 page post. We explore everything we know about the game and its open world, The Lands Between, created by George RR Martin and Hidetaka Miyazaki. Both familiar to FromSoftware fans, and something entirely new, there are good reasons for the buzz.

Despite a delay in 2022, Rainbow Six Extraction still has our attention. Taking the operators we love from Siege and transplanting them into a purely cooperative online game is a decision that works better than you might think. By having your team decide how far to push your luck, it’s like the Crystal Maze of Jungle Run with aliens. We’re also working with Tales Of Arise and talking to the developers at Riders Republic about pushing the boundaries with their PS5 version, which they describe as a â€œtech demoâ€.

When an annual independent feature film isn’t enough. India was arguably the star of this year’s summer gaming event roster, and we’ve rounded up 14 of the best titles on PlayStation. Among this eclectic list, you’re sure to find a favorite, whether it’s the mega-bit Hades, or something more quirky like the cute Button City, or the Hitchcock Conway-style spy thriller.

Bandai Namco is leading the reviews section in this issue, with the new Scarlet Nexus franchise in the making. This might be the team that created Code Vein, but it’s not like Soulslike, but more of a mix of fast-paced combat character action with RPG action mechanics. Between that and our review of Dungeons & Dragons: Dark Alliance, there are a few unexpected forays into new combat epics on PS5.

Our reviews continue with Sniper Elite VR, continuing our commitment to cover PSVR as PSVR2 continues to loom on the horizon. It is perhaps one of the most impressive we have seen to date, perfectly capturing the sniper experience. Why? Read on to find out! We’ve also delivered the verdict on F1 2021, PS5 updates for Doom Eternal and Metro Exodus, and more.

The Making Of Die Hard Trilogy

It would not be a challenge for PLAY without dusting off the classics. PS1’s Die Hard trilogy takes center stage, as we explore how this three-in-one package came to be, digging into gameplay and talking to the developers who made it possible. Also covered: Beyond Good & Evil, Deus Ex: Human Revolution, Zone Of The Enders, and one of the best fighting games ever: Sonic The Fighters (okay that’s not really the case, but we played there).

If you can’t make it to the stores, order your copy of PLAY Magazine online, or subscribe to save money, get a free gift, and receive covers to collect.

For unparalleled developer access to the most popular PS4, PS5, and PSVR games, why not subscribe to PLAY magazine? You’ll save on the cost of the cover and get your copy delivered to your door (or device) each month, with exclusive subscriber covers. That’s a big savings for a tome that covers PlayStation’s past, present, and future every month, so consider helping us keep the bandwagon on.

You can subscribe to the print edition, the digital version, or save even more with the print / digital bundle – whatever you choose, you can rest easy knowing you’re getting the whole story first. the world.