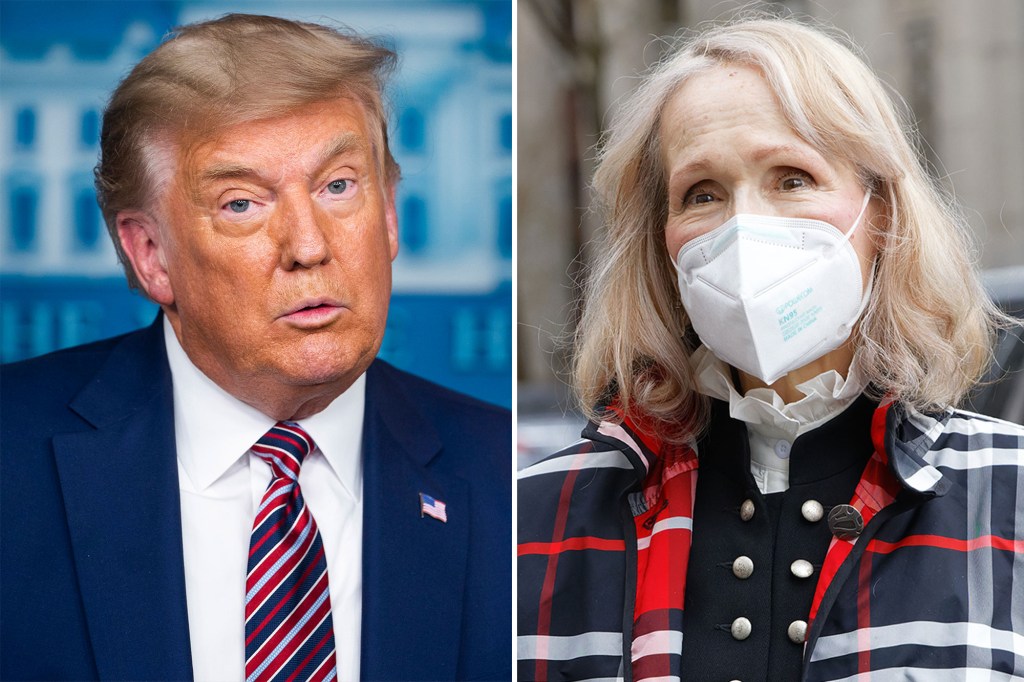 The lawyer for a woman who claims Donald Trump raped her in the 1990s said in court on Tuesday they were not seeking a deposition from the former president in her defamation case against him – but they want a sample of his DNA.

Attorney Roberta Kaplan told Manhattan federal court judge Lewis Kaplan that she and her client — former advice columnist E. Jean Carroll — were not seeking Trump’s sworn testimony because they wanted the prosecution to go to trial without further delay.

Speaking to reporters in the hallway outside the courtroom, Kaplan said a deposition would cause “undue delay”.

A lawyer for the former president, Alina Habba, said Kaplan’s decision not to request a deposition was “surprising” and the first she had heard of it.

Habba also claimed she was unaware of any request from Carroll’s legal team for a DNA sample from Trump.

Kaplan said the request was made when Carroll first filed the lawsuit in New York state court in 2019 – and remained when it was transferred to federal court a year later. late.

She added that she was confident Trump would be ordered to provide a sample when the suit moved to the discovery phase.

Carroll sued Trump for allegedly making defamatory statements about her after he detailed in a magazine article how he allegedly raped her in a dressing room at the Bergdorf Goodman department store in the mid-1990s.

On Tuesday, Carroll told reporters she would “never settle” the lawsuit against the former president.

” It’s a matter of principle. It’s about a powerful man who assaults and rapes a woman and then gets away with it. It’s not fair,” Carroll said outside of court.

Tahti.studio’s free browser-based groovebox has been updated with an open-source sample library