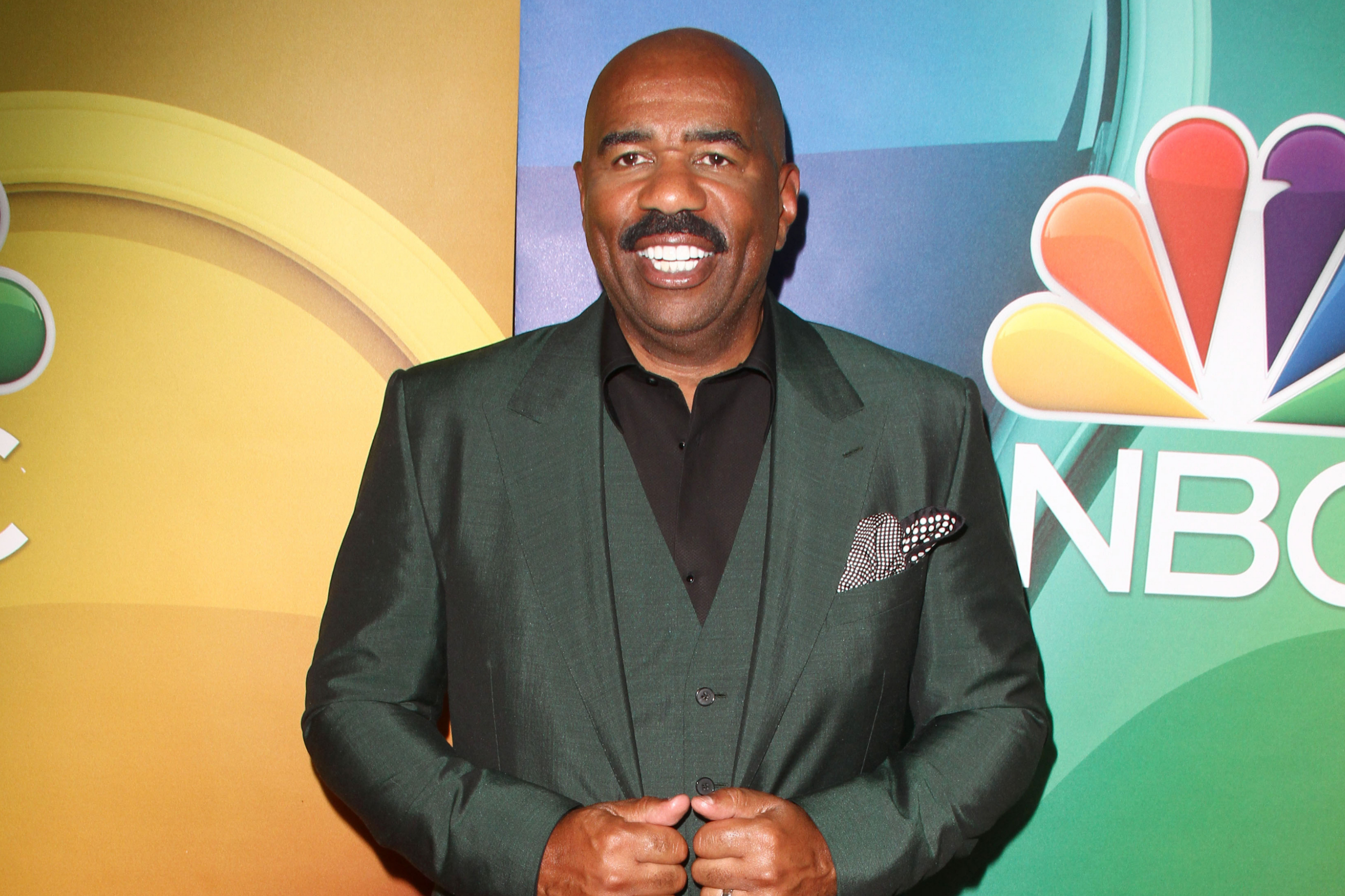 Steve Harvey left the internet in shambles with his Paper Magazine cover. The Hollywood legend is the latest cover star for the publication. The new issue pays homage to the late fashion visionary, André Leon Talley and cements his place among the most stylish men in the game. The award-winning host graced the cover with a huge red Balenciaga cape, which was chosen by his Beloved stylist Elly Karamoh during a visit to the fashion house’s couture studio during Paris Fashion Week.

“The moment I tried on the red stole everyone in the living room said wow this is the blanket! It felt and looked so majestic I immediately thought if I could ship this piece in time, I could create a look in honor of the late André Leon Talley. Harvey told Paper.

The ‘Act Like a Lady, Think Like a Man’ author completed his big shawl with a white two-piece set by the men of Dior, black sunglasses by Yves Saint Laurent and custom Alta Moda shoes, all pulling on a cigar.

As if the cover wasn’t enough to get fans talking, her interview was just as entertaining. The “Family Feud” host was interviewed by the “Creed” franchise actor and his stepdaughter’s boyfriend, Michael B. Jordan. The duo took the time to chat about Harvey’s standout career and evolved fashion sense. He gave his wife, Marjorie Harvey, credit for helping him take a different approach to fashion.

“Nobody brings him things to watch. She does her shopping, she dresses. Her style, her clothes, it’s only her. She got me some big suits to start with. She just came home one day and said, I’m sick of being married to a pimp,” Harvey said.

Click through the gallery to see Steve Harvey’s daring costumes over the years.