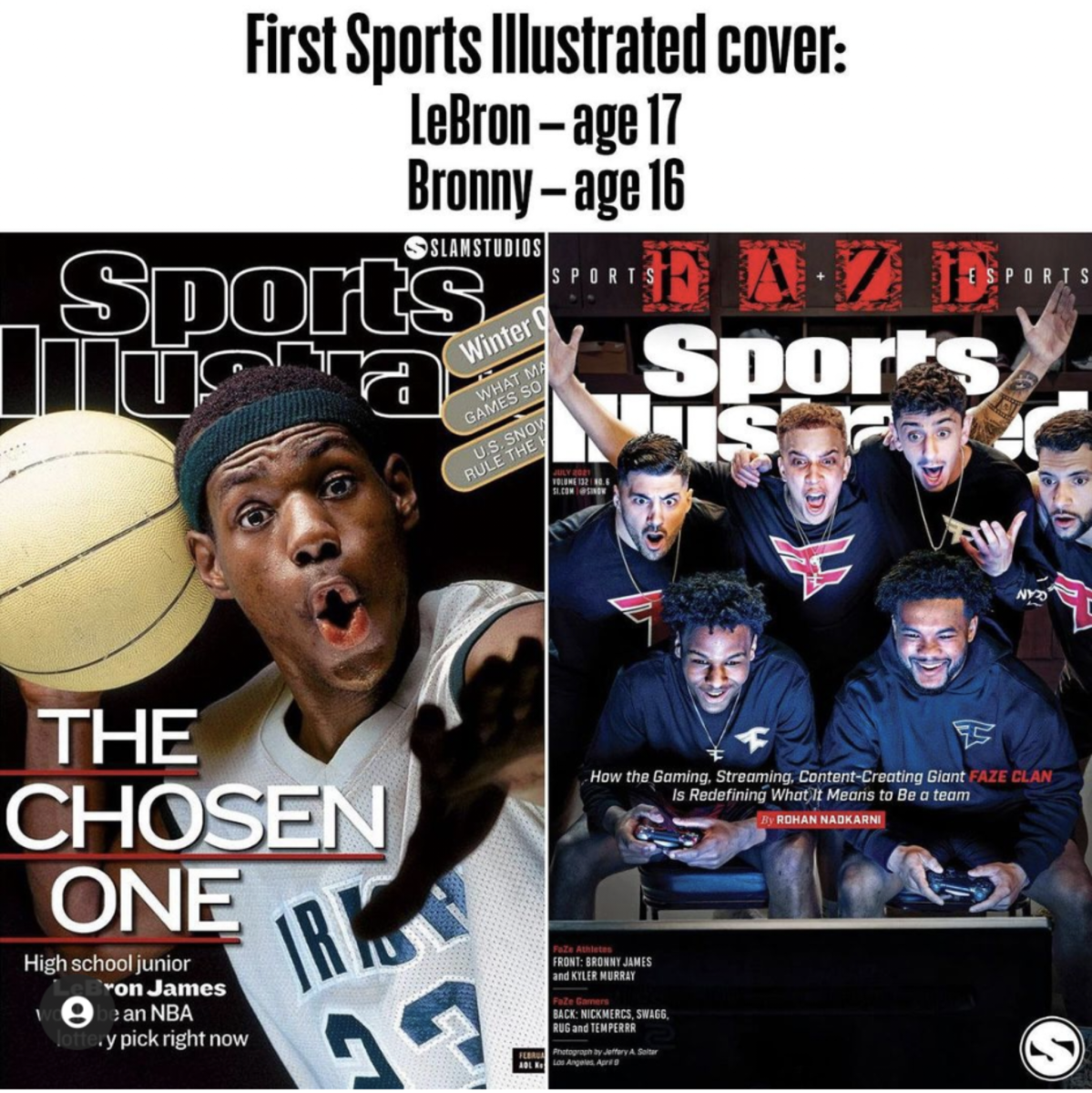 LeBron James has been one of the most famous athletes for most of his life. He’s been dazzling people in basketball ever since he was in high school, and it’s clear media posts have noticed how good he was, even before he made it into the NBA.

LeBron James’ son Bronny James has often been compared to his father as a basketball player: he already receives scholarship offers. While it’s unfair to expect someone to be as good as LeBron James at basketball, it seems there is one area where Bronny has beaten his father. Recently, Slam Studios posted an Instagram post that showed Bronny James officially got his first Sports Illustrated cover before LeBron James, at the age of 16.

While obviously the two are on the covers for different reasons, it’s still pretty impressive that Bronny James managed to get himself a Sports Illustrated cover. It looks like Bronny James is on the cover due to his affiliation with FaZe Clan, an esports organization, along with Arizona Cardinals quarterback Kyler Murray. Gambling has been a big part of the modern era, and it’s great to see athletes participate in e-sports.