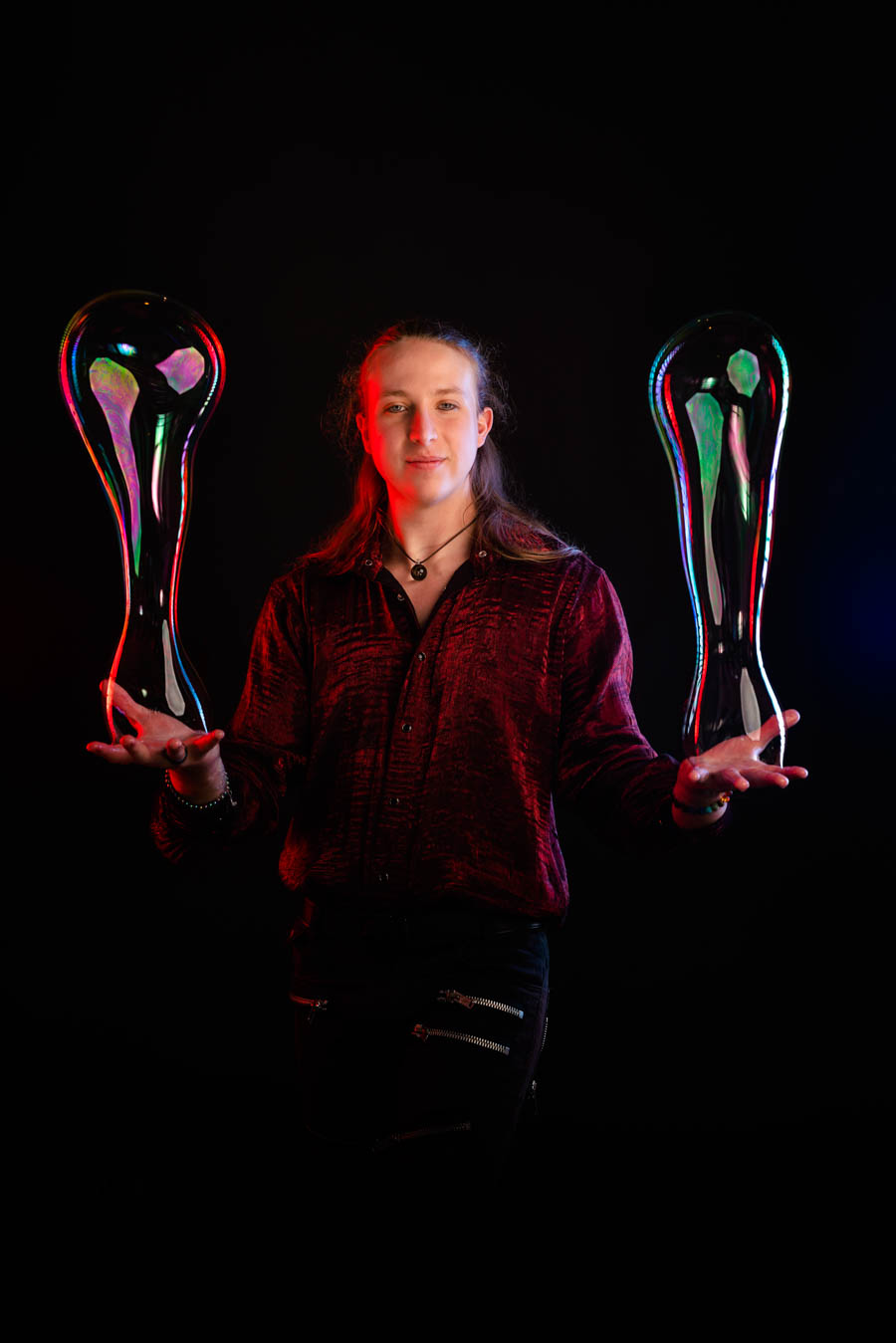 Blaise Ryndes has been doing magic since the age of nine, but captivating crowds with bubble art is his passion of the day. Appearing in season 13 of America’s Got Talent, the local phenom bubbled with Howie Mandel, put Tyra Banks inside a giant bubble and received a standing ovation. Since then, he’s resumed his act in Sarasota, performing his “Spheres Bubble Show” for all ages last January in the outdoor courtyard of The Bazaar on Apricot & Lime. His act was billed as a mix of Cirque du Soleil meets Blue Man Group and a “comic fusion of art, science and magic.” I absolutely loved playing Bazaar. It was a pleasure to see the smiling faces of all the kids and families who were captivated by my show,” says Ryndes. “Festive bubbles filled the air and created a truly magical atmosphere.” Since then, he has booked bookings across the country at Disney World, the Boston Children’s Museum, the Florida Aquarium and Johns Hopkins All Children’s Hospital. Ryndes will also perform on his brand new “Expand The Universe Tour” on June 26 at the Manatee Performing Arts Center in Bradenton.