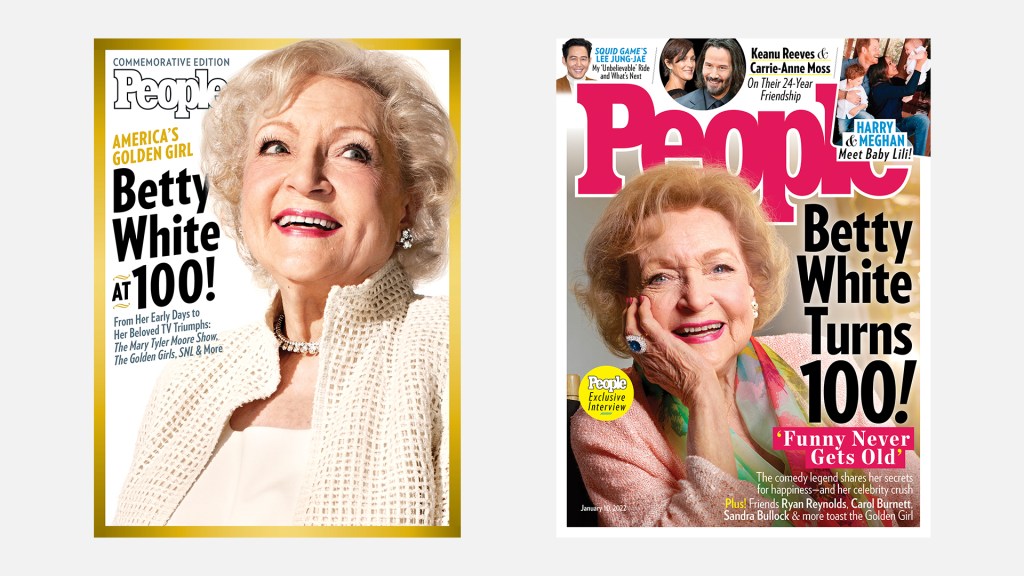 On December 28, Betty White’s Twitter account celebrated the actor’s last cover in People magazine. “My 100th birthday… I can’t believe it’s approaching, and People Magazine are celebrating it with me! White tweeted. “The new issue… is available at newsstands across the country tomorrow. “

Three days later, news broke that White, a 70-year-old Hollywood icon, had died at age 99, just weeks before her 100th birthday on January 17.

This is the kind of Dewey defeats Truman a time when print journalists can lose sleep, made worse by the fact that People ran two issues celebrating White’s centenary: his weekly newsstand issue and a special commemorative issue devoted exclusively to the actor.

“We are deeply saddened by the news of the passing of Betty White,” People editor Dan Wakeford said in a statement to Variety. “We are honored that she recently chose to work with People to celebrate her amazing life and career.”

In his interview with People, conducted in December, White joked that her longevity was due to avoiding eating “anything green.”

“I think it works,” she said. “I am so lucky to be so healthy and to feel so good at this age.”

The week between Christmas and New Years has always been a prime window for print magazine sales, as travelers returning home from the holidays pick up reading material to occupy their attention. Paradoxically, White’s death might prompt more readers to purchase People’s White covers, which are now certain to become collectibles.

People’s parent company Meredith was bought in December by Dotdash, the digital publishing arm of IAC, Barry Diller’s holding company. The cash transaction was valued at around $ 2.7 billion, or $ 42.18 per share.