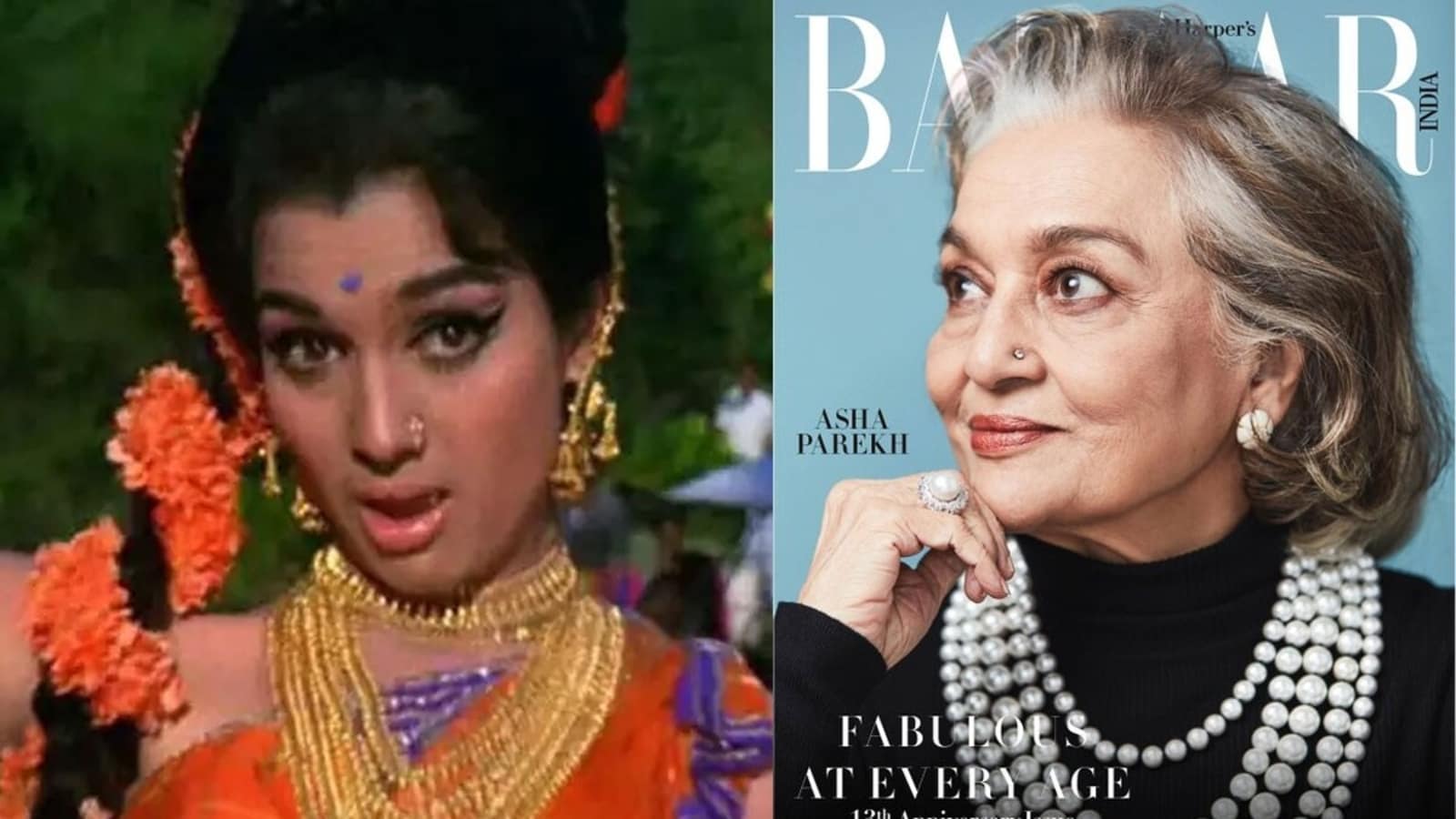 Asha Parekh appears on the cover of the magazine, says she has “absolutely no regrets” not getting married. See photo | Bollywood

Veteran actor Asha Parekh graced the cover of a magazine for his anniversary issue. The actor is seen striking a pose while looking away from the camera. She looks stunning with shoulder-length gray hair and a bit of makeup. She is seen simply dressed in a black sweater, making a style statement in a pearl necklace and some other jewelry. Speaking to the magazine, she said she would have loved to get married but has no regrets as she couldn’t. Read also : When Asha Parekh was ‘in love with a married man’ but didn’t want to be a ‘home wrecker’

The actor, who worked in several blockbuster films in the 1960s and 1970s, remained single after hitting the heights of success in the Hindi film industry. Some of his most successful films are Jab Pyar Kisise Hota Hai, Dil Deke Dekho, Teesri Manzil, Love in Tokyo, Aaye Din Bahar Ke and Kati Patang.

Speaking about not getting married, the 79-year-old icon told Harper’s Bazaar India, “I guess I wasn’t destined to get married. Honestly, I wish I had gotten married and had kids, but that’s not what I was meant to be. It wasn’t supposed to be. However, I have absolutely no regrets.”

Asha has said in her interviews that her reputation for being unapproachable makes people hesitate to ask for her hand in marriage. She had earlier confirmed that she fell in love with an already married filmmaker, but didn’t marry him because she didn’t want to be a homewrecker.

Asha is one of the most beautiful actresses of her time and continues to be followed by many fans even today. On being beautiful even now, the actor told Harper’s Bazaar India, “I’ve always believed — and I still believe — that beauty is in the person. If you’re happy, you’ll shine… and if you are unhappy, it will show on your face.

The actor continues to stay in touch with his friends in the industry. She celebrated her birthday last year with veteran actors Waheeda Rahman and Jackie Shroff.

Successfully subscribed to the newsletter

Thank you for subscribing to our Daily news capsule newsletter.