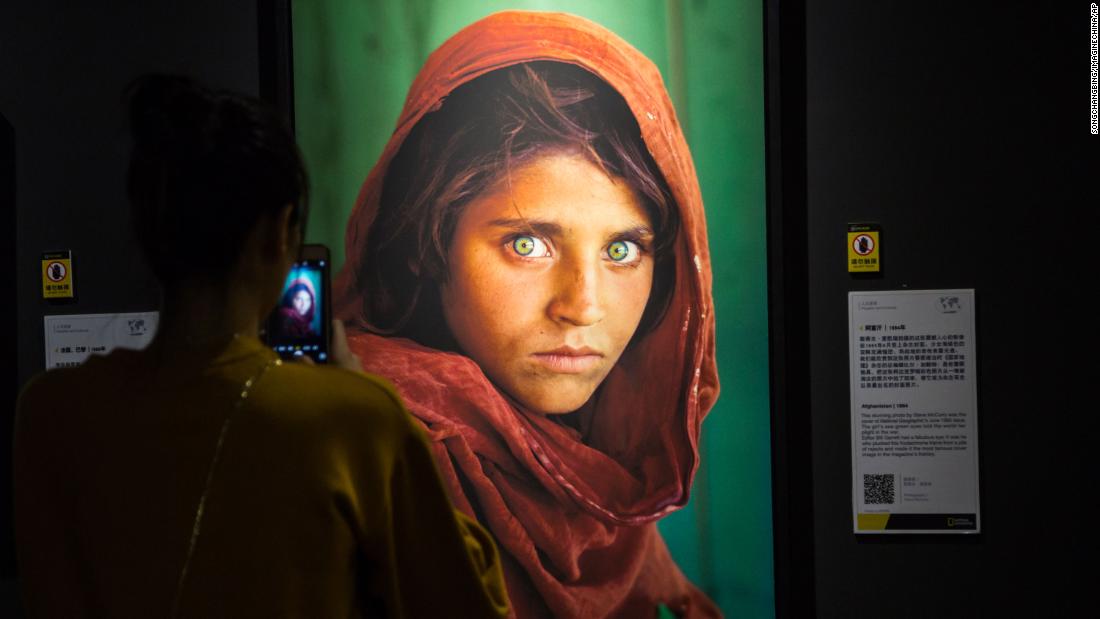 The “Afghan girl” made famous after making the cover of National Geographic magazine in 1985 was granted refugee status from Italian Prime Minister Mario Draghi, according to a statement from the Italian government’s press office.

The striking portrait of Sharbat Gula, then 12, a Pashtun orphan in a refugee camp on the Afghan-Pakistan border, was taken in 1984 and published the following year. Gula was found decades later living in Pakistan, after no one knew her name for years.

Now in her 40s, Gula has arrived in Rome, according to the Italian prime minister’s office.

â€œIn 1985, thanks to the photography of Steve McCurry, who the previous year had staged it at a very young age in a refugee camp in Peshawar for the cover of National Geographic Magazine, Sharbat Gula gained worldwide notoriety, to the point of symbolize the vicissitudes and conflicts of the historical phase that Afghanistan and its people were going through, â€read a statement released by Draghi’s office.

“Responding to the demands of civil society actors and in particular non-profit organizations active in Afghanistan who, after the events of last August, received Sharbat Gula’s appeal to be helped to leave their country, the Prime Minister took it upon himself and organized his transfer to Italy as part of the broader evacuation program for Afghan citizens and the government’s plan for their reception and integration, “the statement continued.

CNN has asked the Italian government whether Gula’s family has also been granted refugee status, but has yet to receive a response.

In 2016, McCurry told CNN the story behind the photograph.

â€œI knew she had an amazing look, a penetrating gaze,â€ he said. “But there was a crowd of people around us, the dust was swirling around, and that was before digital cameras and you never knew what would happen with the film.”

McCurry said he knew the image was special when he developed it.

“I showed it to the editor of National Geographic, and he jumped to his feet and yelled, ‘this is our next cover,'” he added.

Bolsanaro calls for votes to cover US magazine