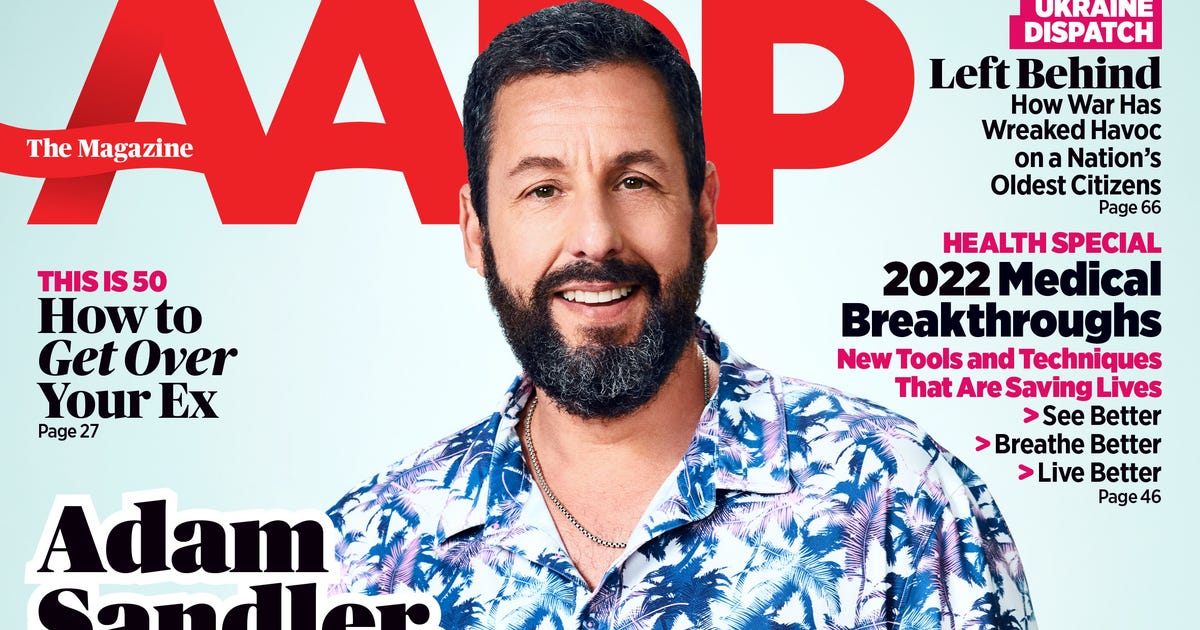 Adam Sandler is on the cover of AARP magazine, making us all feel so old

Adam Sandler may be one of the last actors you think of in the same sentence as “retired.” The actor is 56, but he often plays fiery characters younger than his age. So what’s he doing on the cover of AARP magazine, the publication of the nonprofit group formerly known as the American Association of Retired Persons?

Yes, Sandler is the latest surprising cover boy for AARP, following in the footsteps of the late Luke Perrywho was 50 when he made the cover in 2016, and Michael J. Fox, who shocked his movie mom, Lea Thompson, when he was the cover boy in 2021 at age 60.

Both Perry and Fox were Gen X idols, but seeing Sandler on AARP might be even more shaken up, thanks to his typically youthful screen persona.

The cover story refers to Sandler as “the ultimate man-child”, but also explains how he takes on more mature and thoughtful roles. In an interview, Sandler talks about the need for a hip replacement and directly addresses his role as a cover boy.

“I’m getting old,” he admits. “That doesn’t mean I feel old. I mean, I do when I’m on the basketball court and some 18-year-old kid hears I’m 56 and goes, ‘Wow! I was thinking that you were younger than that!'”

As with Perry and Fox when they graced the cover of AARP, some fans just can’t believe how badly this news makes them feel.

“Oof. Kick me right in the sciatica,” one person tweeted.

Some pointed out that the same issue of AARP wished rapper Eminem a happy 50th birthday on October 17, writing, “Adam Sandler and Eminem in AARP magazine. (We’re old).”

Perhaps fans should take a tip from Sandler himself, who says in the AARP interview, “I like my age, and it’s fun to play my age. It’s freeing. I don’t need to be true to anything other than what i look like i like and what i think and what i do for a living.”

Slow down before taking funds for your business