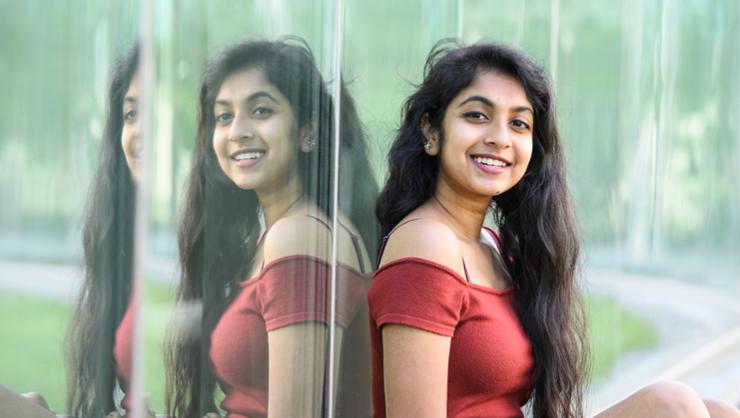 In Hamilton, Ashley Ramcharan ’20 majored in sociology, minored in math and African studies, and pursued another crucial part of her education – an exploration of her cultural identity. Now she has found a job where she can continue to explore.

She is both South Asian and Caribbean; his parents, of Indian origin, are from Guyana. Ramcharan’s interest in both sides of her identity began before she entered Hamilton and shaped her activities in College Hill. She joined the South Asian Student Association and the Black and Latino Student Union, and she helped revive the Caribbean Student Association, serving as president during her senior year.

Freshly graduated, Ramcharan has just started a job that fits her in a way she never imagined. She works as a freelance associate editor in the Indo-Caribbean department of Brown Girl Magazine, created by and for South Asian women. Ramcharan discovered the digital publication while browsing LinkedIn and wished she had known about it sooner — and the generation following her knew about it.

“I’ve never seen anything strictly about the South Asian diaspora and its narrative,” she says.

She had already received postgraduate summer internship funding from the College Career Center, and she contacted the magazine about working on it, but did not hear back in time. Ramcharan landed an internship with US Congressman Paul Tonko, and later, when the magazine responded, he was offered the opportunity to edit.

She says she will be the first to take a look at the stories that cross the Indo-Caribbean department, giving them an initial edit and suggesting titles. She is about to start her training but she has already had the chance to be part of a group chat with the stars of the new Netflix show Indian Matchmaking. “One of the stars is Guyanese, and her presence on the show has been huge for the Indo-Caribbean community,” Ramcharan said.

In the long term, she wants a career focused on diversity, equity and inclusion, eventually in marketing. She considers the magazine experience as a “passion project” that will open doors for her. It’s not a role she expected, she says, but the Career Center workshops she’s attended, the public speaking engagements and the organizations she’s worked with in Hamilton have prepared her for it. to face.

The most exciting part of working with Brown Girl Magazine?

“Having this younger generation in mind and having the platform to talk about perspectives that aren’t really in the media. Having that representation, I think, is super important,” Ramcharan says.

Varner discusses his golf game, using the platform for good in a magazine article